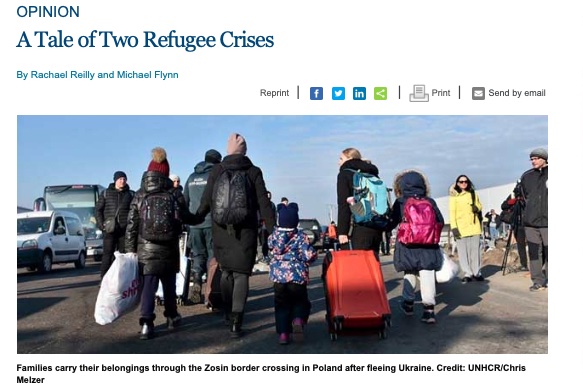 During the 2015 refugee “crisis” that drove more than a million Syrians towards Europe, the EU justified detaining those refugees for up to 18 months. Less than two weeks into Russia’s invasion of Ukraine and more than one million people have already fled into neighbouring countries—but don’t expect Brussels to call for their detention this time.

GENEVA, Mar 7 2022 (IPS) – Russia’s brutal and devastating invasion of Ukraine has triggered the largest and fastest refugee movement in Europe since World War II. After only a single week, more than one million people had already fled the country.

The UN High Commissioner for Refugees (UNHCR) initially predicted that as many as four million people would flee; the UN now thinks that some 10 million will eventually be displaced.

While the EU calls this the largest humanitarian crisis that Europe has witnessed in “many, many years,” it is important to remember that it was not so long ago that the continent faced another critical humanitarian challenge, the 2015 refugee “crisis” spurred by the conflict in Syria. …