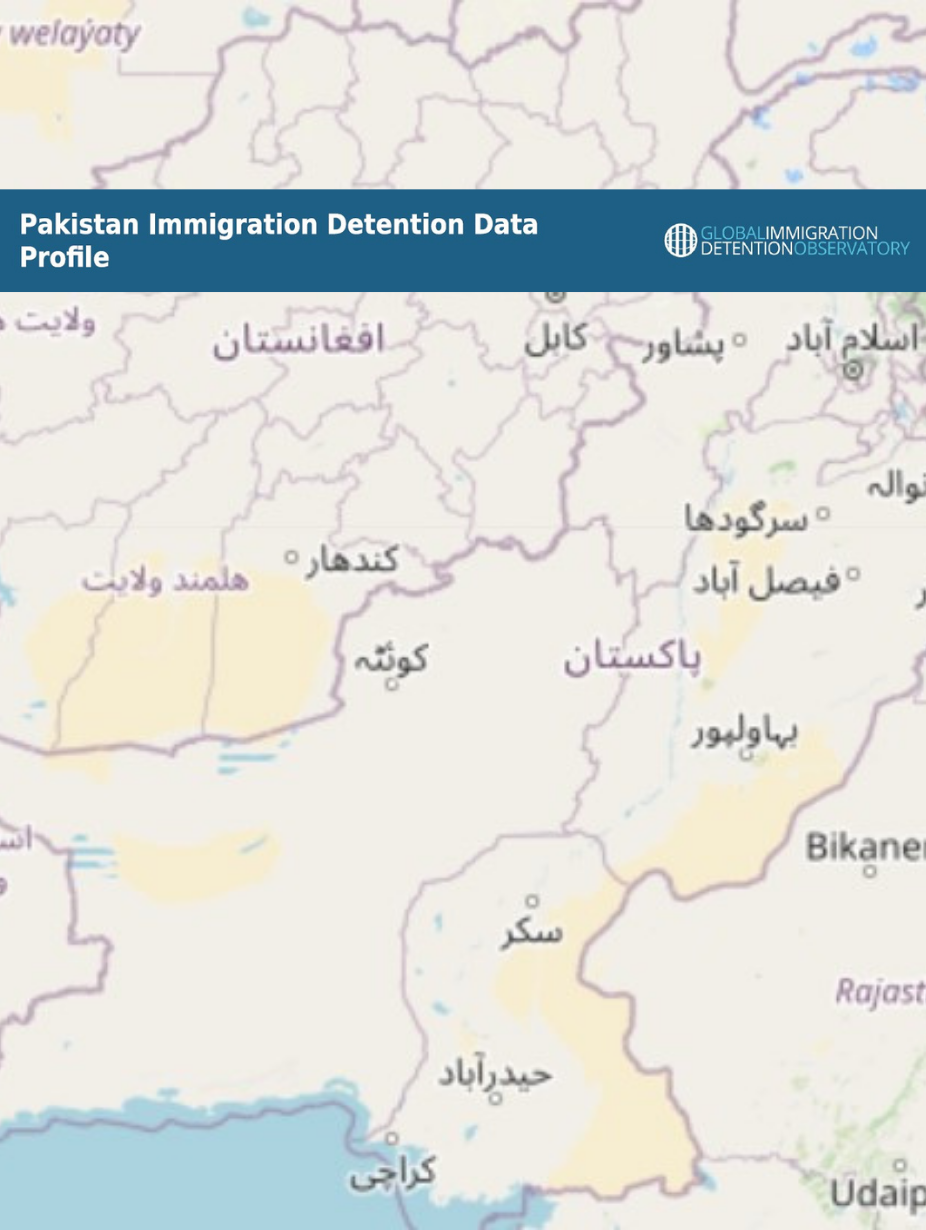 A Volunteer Checks the Temperature of Passengers Arriving at a Railway Station in Peshawar, AP Photo, 17 March 2020, (https://www.hrw.org/news/2020/03/19/pakistan-prisoners-risk-covid-19)

There are reports indicating that Pakistani authorities have taken some steps to mitigate the impact of the virus on the country’s prison population, which includes non-citizen detainees imprisoned under the 1946 Foreigners Act. The government has suspended visits to penitentiaries and court hearings. On 16 March, the Sindh provincial government began screening inmates and prison staff for Covid-19, while the Punjab government announced that it was creating isolation centres for prisoners.

However, critical concerns remain and there is increasing pressure to implement additional measures as the crisis becomes more acute. On 19 March, Human Rights Watch amplified calls to protect prisoners, urging the country’s authorities to take urgent steps to ensure that prisoners and detainees have access to adequate medical care and protective measures against Covid-19. Amnesty International and Justice Project Pakistan also urged authorities to take measures to protect prisoners. The Justice Project Pakistan urged the government to “devise a coherent approach to protecting its prison population, currently at over 77,000 individuals. Should the government fail to act now, Pakistani prisons and detention centres will become epicentres for the transmission of Covid-19.”

On 24 March 2020, the first case of Covid-19 within a prison was confirmed. On the same day, the Islamabad High Court ordered the release of hundreds of prisoners involved in petty crimes on bail, in a bid to reduce the hazards of the Covid-19 outbreak in jails. Since then, several provincial governments have ordered the release of prisoners: on 28 March, the Punjab government’s Home Department announced that it would be releasing 20,000 prisoners out of 46,000 from the 41 jails across the province (and bail applications have been made for prisoners who committed petty crimes and for those over the age of 60); and on 30 March, the Sindh government approved the temporary release for three months of around 4,000 prisoners. (Government officials hinted that drug smugglers and those convicted of terrorism may not be released. Prisoners convicted of “minor” crimes would be eligible for temporary release. It was reported that there were around 16,024 prisoners for 13,538 places in all prisons across the Sindh). The Khyber-Pakhtunkhwa also announced that they would release prisoners 60 days early.

Recommendation Year
Observation Date
Committee against Torture 34.While commending the State party for hosting millions of refugees, many of them Afghans, the Committee is concerned about recent documented reports of coercion, including threats of deportation and police abuse, extortion, raids and arbitrary detention, to return Afghans, including registered refugees, to their country of origin where they could be at risk of persecution, torture or ill-treatment. The Committee regrets the lack of a legal framework for refugees and asylum seekers (art. 3). 2017
2017
Committee on the Rights of the Child § 66. "The Committee recommends that the State party take all necessary measures to: (a) Consider adopting a national refugee law in accordance with international standards and continue to host refugees, especially families with children and unaccompanied children; (b) Ensure that all children born to refugees, including those who do not hold proof of registration cards, asylum seekers and stateless persons, are registered at birth; (c) Integrate refugee and asylum-seeking children into national and provincial education systems on equal terms with nationals of the State party; (d) Provide refugees, in particular families with children, with adequate housing and provide shelter to those who live in the streets; (e) Enforce legal measures against child and bonded labour involving refugee, asylum-seeking and stateless children; (f) Prevent and protect refugee, asylum-seeking and stateless children from falling victim to early marriage, abuse, trafficking or religious radicalization; (g) Ensure the equal implementation of its citizenship laws with a view to extending citizenship to Bengali, Bihari and Rohingya children; (h) Consider ratifying the 1951 Convention relating to the Status of Refugees and its 1967 Protocol, as well as the 1954 Convention relating to the Status of Stateless Persons and the 1961 Convention on the Reduction of Statelessness." 2016
2016