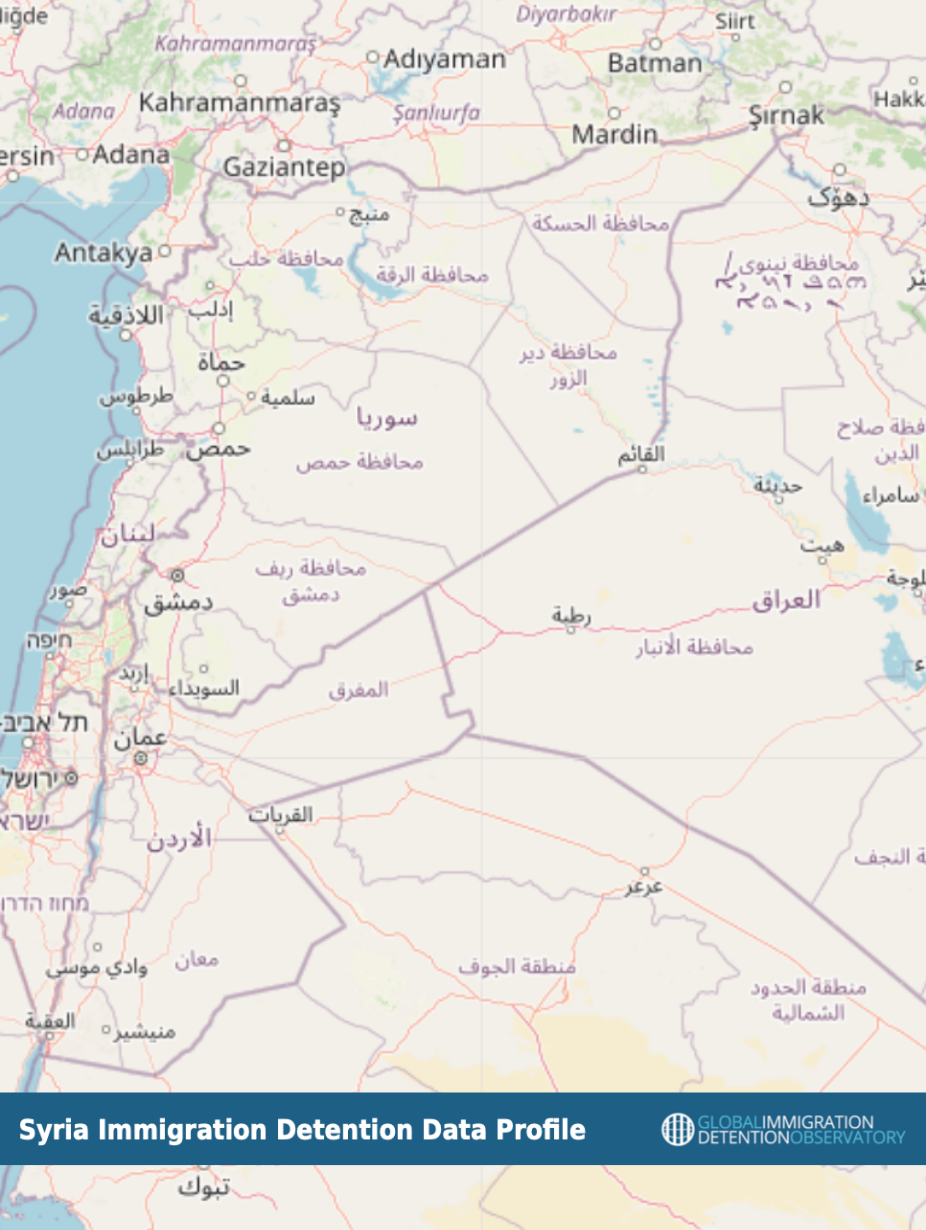 Immigration Detention in Lebanon: Deprivation of Liberty at the Frontiers of Global Conflict

The country’s large population of internally displaced persons (IDPs) - currently estimated to number 6.4 million - is particularly vulnerable to the virus, with many living in overcrowded camps in which social distancing is impossible. In October 2020, a doctor in Idlib told the BBC that COVID was already “out of control” in the region’s IDP camps. “We don’t have many places for people in camps, we don’t have many medikits for this.” As in many areas of Syria, healthcare services in Idlib Governorate have repeatedly been targeted by regime airstrikes - leaving them overwhelmed and underprepared for the new crisis.

Since the start of the pandemic, there have been growing concerns over the safety and well being of people incarcerated in the country, including the thousands of Syrians arbitrarily detained during the conflict. In early March, Human Rights Watch (HRW) warned that an outbreak within prisons would be “catastrophic.” As of August 2020, some 100,000 Syrians remain “disappeared” having been arrested by different parties. A large number are believed to remain within the regime’s network of prisons, which are notorious for their abysmal conditions and widespread and systematic use of torture. “The Syrian Network for Human Rights can confirm that most of the detainees, especially in the four main security branches and military prisons, have a space per person not exceeding 70cm2 in cells that lack any ventilation or the most basic standards of cleanliness.” To-date, the regime has failed to clarify whether it has taken any steps to protect detainees, or to report on the number of COVID cases within its cells. However, in a security leak from Damascus in March 2020, 816 persons in Adra prison were reported to have contracted the virus and 204 were alleged to have died.

Although there is little available information regarding the use of immigration detention in Syria, significant numbers of foreigners are known to be detained in locked camps by authorities in the northeast of the country. Foreign nationals who traveled to join IS, or to live within its “caliphate,” were rounded up by the Syrian Democratic Forces and have since been detained in conditions described by HRW as “filthy and often inhuman and life-threatening.” In June 2020, HRW highlighted the detention of 47 Canadians (including 26 children) in makeshift prisons, and urged Canadian authorities to facilitate their return home and initiate their trial for ISIS-related crimes. In August 2020, the first COVID-19 case was confirmed in Al-Hol detention camp, which was holding some 65,000 people at the time.

Acceptance Year
CRPD, Optional Protocol to o the Convention on the Rights of Persons with Disabilities 2009
2009