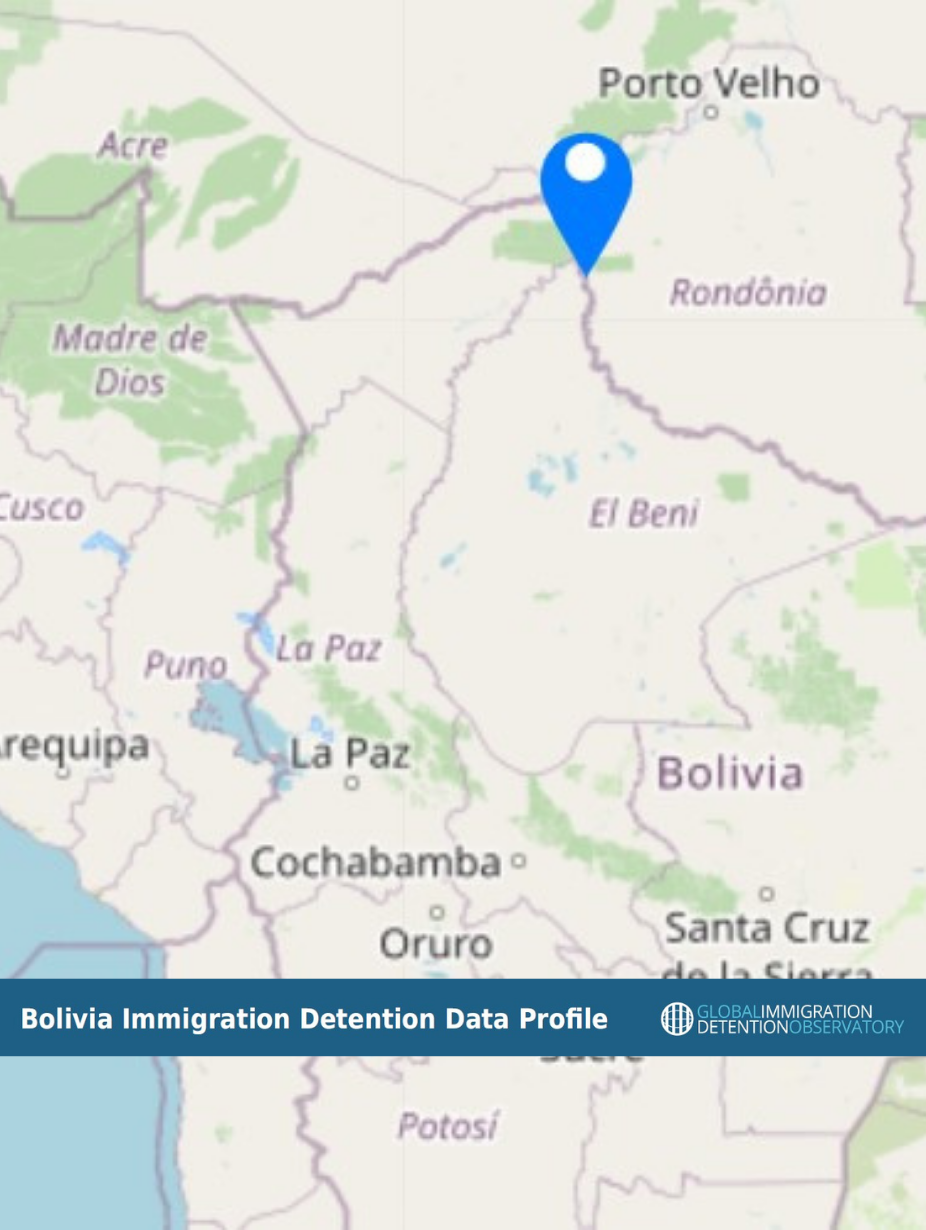 Bolivia has been strongly affected by the Covid-19 crisis. By 31 July, Bolivia had more than 75,000 cases of Covid-19 and 2,894 deaths related to the disease. Faced with the pandemic, the government took several measures including declaring a state of emergency, closing borders, imposing fines and detaining people who do not respect quarantine or confinement measures. Bolivia has also imposed restrictions on citizens wishing to return from abroad. Bolivians in Chile, for instance, must spend 14 days in quarantine prior to returning. Some 1,300 Bolivian nationals--including pregnant women, elderly persons, and children--have been stranded in Chile and hundreds of them have been forced to sleep in freezing conditions with little food and water. For its part, by April the Chilean government had transported approximately 1,000 Bolivian nationals to Colchane, a town near the border, where they were accommodated in schools, with sanitary and basic services.

Number of apprehensions of non-citizens

Does the country provide specific criminal penalties for immigration-related violations?

Has the country decriminalized immigration-related violations?

Maximum length of detention for asylum-seekers

Do NGOs carry out visits?

Detention contractors and other non-state entities