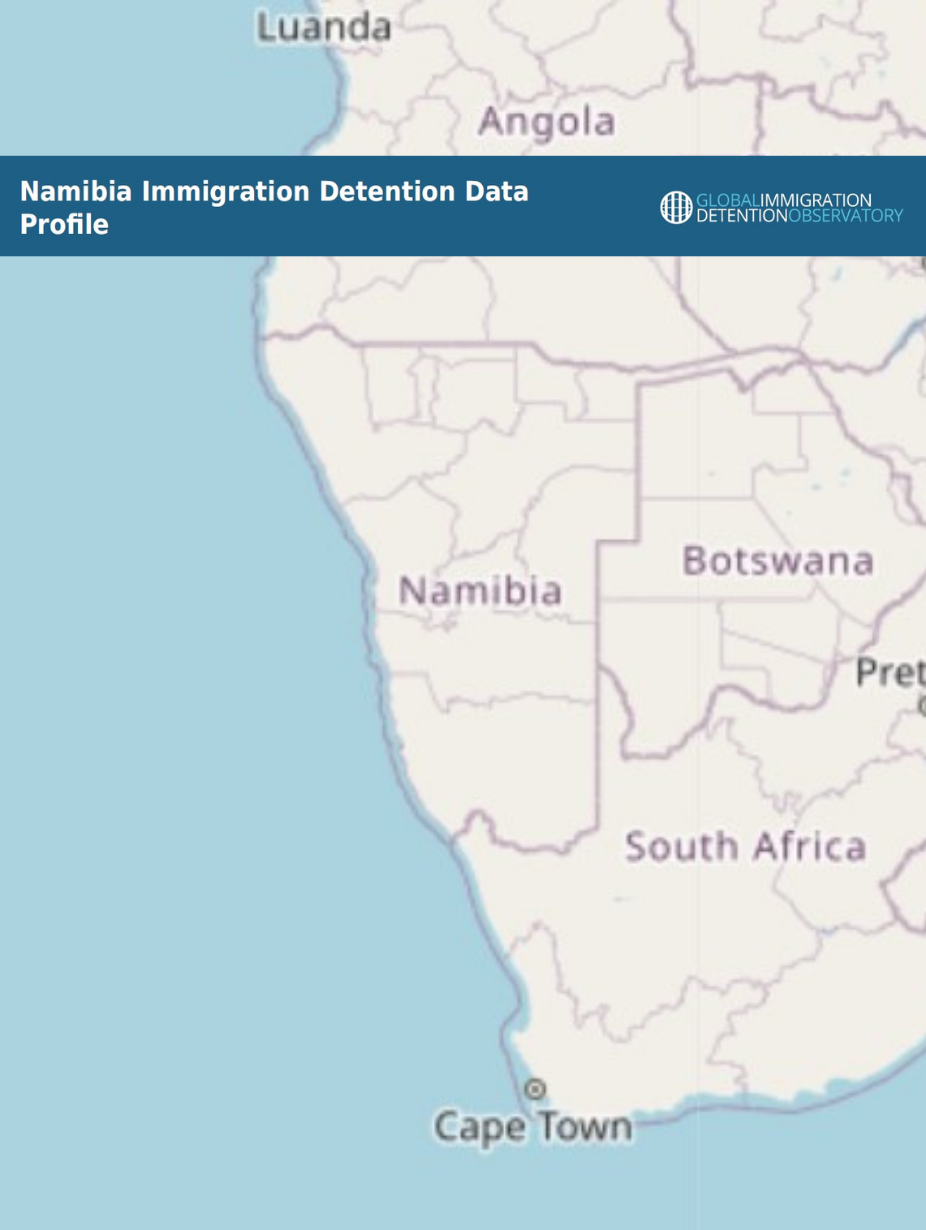 Namibia, located in southwestern Africa and with a population of approximately 2.5 million, had recorded 44,374 COVID-19 cases and 528 related deaths as of 1 April 2021. The country appeared to avoid severe outbreaks of infection during the early months of the pandemic. However, the number of cases has continued to surge since mid-2020. At the time of this report, the country was awaiting vaccine doses from the COVAX scheme; it had already received donations from China (Sinopharm) and India (Covishield).

Namibia lacks important legal protections for refugees and migrant workers, leading to criticism from several regional and international human rights bodies. In 2021, the African Commission on Human and People’s Rights, in a submission to the UN Human Rights Council’s Universal Periodic Review, recommended that the country improve its management of refugees and migrant workers.

In 2017, the Committee against Torture (CAT) recommended that Namibia repeal section 24 (1) of its Refugees (Recognition and Control) Act of 1999. Repealing that provision, according to CAT, would help bring Nambia in line with its obligations to prohibit refoulement when there is a risk of torture.

In 2016, the Committee on the Elimination of Racial Discrimination expressed concern over restrictions on the freedom of movement of asylum seekers and refugees in the Osire refugee settlement. The settlement has existed since 1992 and hosts thousands of refugees from neighbouring countries. The camp was placed in lockdown and underwent mass COVID testing in mid-September 2020, after a surge in cases and turmoil sparked by the death of a DRC asylum seeker who had passed away due to COVID-19.

According to Namibian law, the Minister of Home Affairs may restrict the freedom of movement of recognised refugees, applicants, and their families. Recognised refugees and protected persons can also be arrested, detained, and deported if “it is in the interests of the sovereignty and integrity of Namibia, national security, public order, decency or morality” (Section 24.1, Namibia Refugee Act 2). The Namibian government reportedly frequently detains migrants entering the country irregularly. In 2019, Namibia imprisoned 286 foreign citizens from Zambia, Angola, Zimbabwe, South Africa, Tanzania, and other countries. Many of these were imprisoned on immigration offenses, including 41 Zambians. More recently, in October 2020, 53 people (30 of whom were children) from DRC and Burundi were detained at the Katima Mulilo police station. According to one account, the “threat for detention increases for those seeking refugee status and asylum protection in Namibia” in the absence of “clear policies on refugee rights and access to information” (New Era, 27.11.2020).

In March 2021, some 900 Angolans crossed into Namibia without authorization driven by drought-related food and water shortages. Although the migrants do not appear to have been arrested or detained, they were only provided with open-air shelter that lacked sanitation. Conditions in jails and other places of detention have been described as poor, especially in pretrial holding cells, which are often overcrowded, have poor sanitation, lack medical provisions, and have frequent tuberculosis outbreaks (U.S. Department of State 2019).

The GDP was unable to establish whether parts of the prisoner population were released in relation to the COVID-19 pandemic. However, new admissions were halted at some correctional facilities, such as Oluno. In order to combat the spread of the pandemic within correctional facilities, authorities made attempts to improve access to sanitary and hygiene items and services, increase awareness on the need of these practices, implement risk assessment and prevention schemes, prepared isolation stations, and introduced a specialised task force to monitor psychosocial well-being of isolated/quarantined detainees. The UN also helped to establish a soap production facility run by inmates at the Windhoek Facility. By November 2020, national media reported that correctional facilities were nearly cleared of infections, after 1,985 inmates and 610 officials were tested. In total, there had been around 600 positive cases in facilities all over the country.