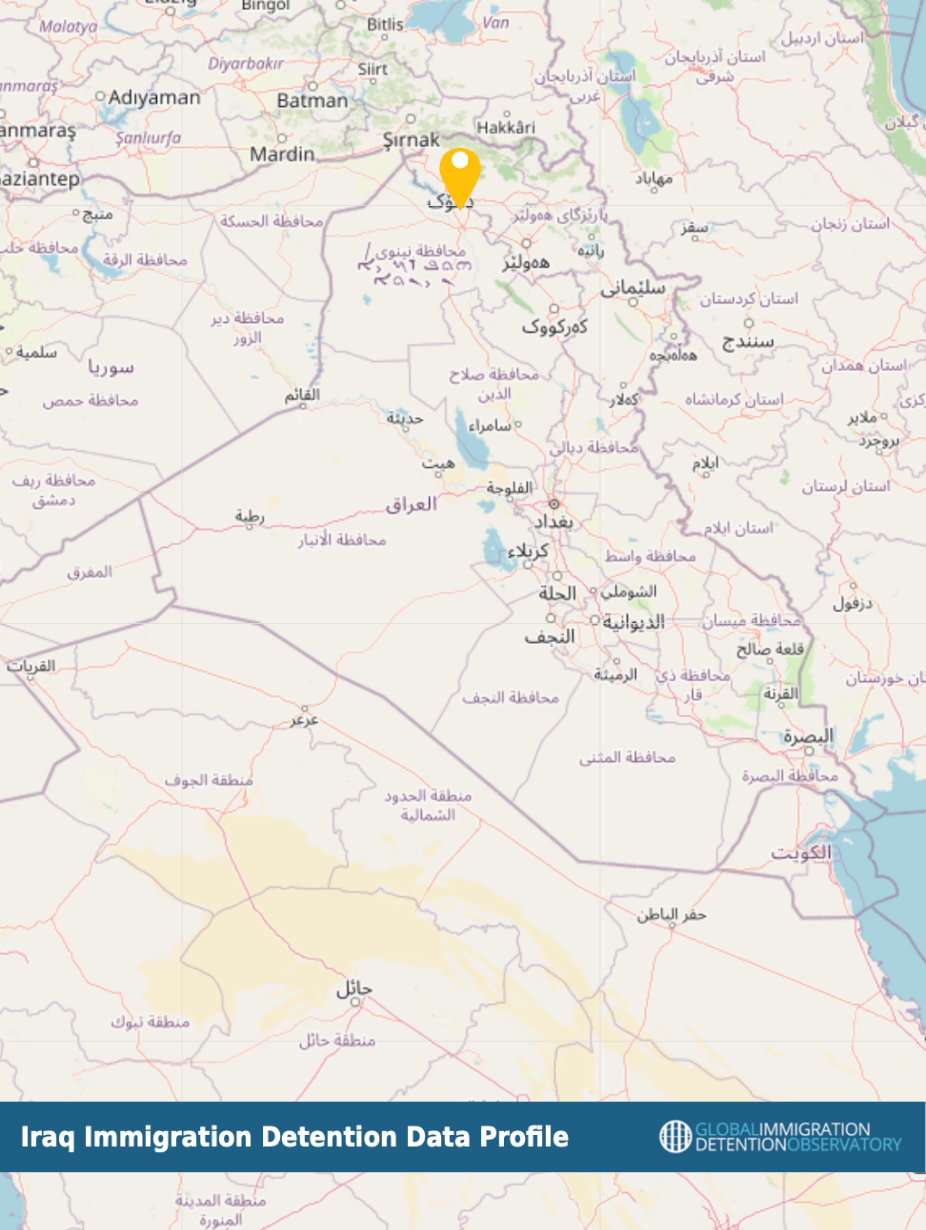 Since March, Iraq has imposed movement restrictions and closed border points to control the spread of the virus. The border closures have been a major obstacle for refugees and asylum seekers, mainly from Syria. However, UNHCR reports that since July the Peshkhabour Border Crossing Point has been open intermittently—albeit only to accept the readmission of Syrians already registered in the Kurdish Region of Iraq (KR-I). More recently, with cases rising rapidly in the country, the government announced the closure of the border with Iran—believed to be in order to prevent Iranian pilgrims from entering the country to mark Arbaeen in Najaf and Karbala.

According to UNHCR, as of 27 August 2020 a total of 68 Covid-19 cases have been confirmed amongst the refugee and IDP community—including in camps in Anbar, Dohuk, Erbil, and Ninewa Governorates. In some camps, management have initiated lockdowns in-line with Camp Coordination and Camp Management Covid-19 preparedness and response plans.

On 2 September, for the first time since border closures in March, a “voluntary” repatriation flight from Europe returned some 50 Iraqis. The flight was provided by Germany, France, the Netherlands, and Belgium, together with the IOM, and was supported by the EU and financed by Frontex.

Recommendation Year
Observation Date
Committee on the Rights of the Child

(a)    Victims of trafficking and of prostitution are reportedly being mistreated or abused during interrogation, and incarcerated, fined, convicted, deported or otherwise penalized for unlawful acts such as prostitution and immigration violations;

(b)    There are cases of girls sold into prostitution being kept in prison to “protect” them from reprisals for bringing shame on their family/community;

(a)    Take prompt measures to ensure that children’s testimonies are regarded as full proof, and that children are allowed to file a complaint on their own behalf;

(b)    Immediately remove from prison all women and girls detained allegedly for their protection and provide them with all the support necessary;

(c)    Establish an effective system of reporting, with a child-sensitive inquiry and judicial procedure that fully protects children’s privacy and dignity;

(d)    Establish effective mechanisms to identify, detect and monitor children in vulnerable situations who are at risk of becoming victims of offences under the Optional Protocol, and provide these mechanisms with the necessary human, financial and technical resources, as well as training, for them to identify children who are  victims or at risk of offences under the Protocol;

(e)    Ensure that every child who has fallen victim to any of the crimes under the Optional Protocol is under no circumstances treated as a criminal, but always as a victim, and is provided with all the necessary protection, support and access to reintegration and recovery services;

(f)     Ensure that victims of trafficking are protected from any form of mistreatment and abuse when in contact with law enforcement officials, and have access to reporting channels.

2015
2015
2015
Committee on the Elimination of Discrimination Against Women § 40 The State party: (a) Ensure the safe return of internally displaced women and refugee women to their homes and their participation in the reconstruction of their communities; (b) Ensure that immediate humanitarian assistance needs and protection requirements are complemented with long-term strategies in support of the socio-economic rights and livelihood opportunities of returnee, internally displaced and refugee women, women’s leadership and political participation, with a view to ensuring that they have durable livelihoods; (c) Address the specific risks and particular needs of different groups of returnee, internally displaced and refugee women who are subject to multiple and intersecting forms of discrimination; (d) Accede to the 1951 Convention relating to the Status of Refugees and the 1967 Protocol thereto and the 1961 Convention on the Reduction of Statelessness, and amend its national legislation accordingly in order to strengthen the protection of refugees, asylum-seeking, and stateless women and girls. 2019
2019
Committee on the Elimination of Racial Discrimination § 32. The State party take all necessary measures to fully ensure that migrant workers, including migrant domestic workers, are protected from abuse and exploitation and that they can fully enjoy their rights under the Convention without discrimination. It also recommends that the State party fully investigate reports of abuse and exploitation and hold those responsible to account. The Committee further recommends that the State party ensure that migrant workers are informed about, and have access to, legal remedies. §38. The State party take all measures necessary to ensure that all refugees and internally displaced persons are treated without discrimination and enjoy the equal protection of the law. The Committee recommends that the State party: (a) Expedite the adoption of the draft refugee law and implement it, so as to ensure an adequate legal framework for the protection of refugees and asylum seekers, in line with internationally recognized principles, including the principle of non- refoulement, and consider ratifying the Convention relating to the Status of Refugees, of 1951, and its 1967 Protocol; (b) Protect all refugees and internally displaced persons and provide them with basic needs including electricity, water, health care, adequate food and other services, including in cooperation with United Nations and other refugee and humanitarian agencies; (c) Ensure the protection of internally displaced persons in all federal entities, including in the Kurdistan region, without discrimination based on ethnic or ethno-religious background. 2019
2019