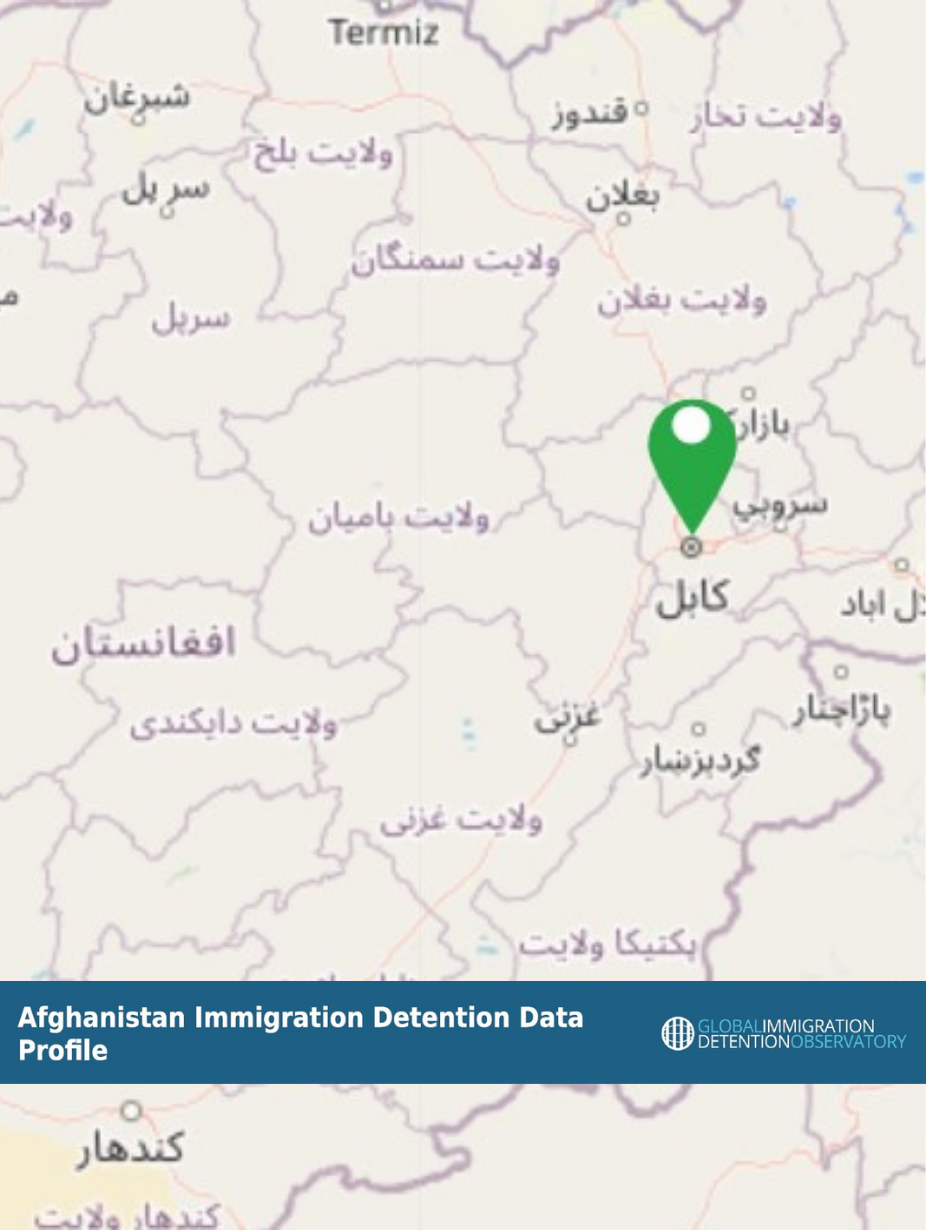 Having suffered decades of internal conflict and foreign military interventions, Afghanistan is one of the world's more important source countries for migrants and refugess, with more than five million nationals living outside the country. Because of it proximity to China and other volatile countries, relatively small numbers of people have sought refuge in Afghanistan in recent years. Among the more vulnerable groups are Uighurs from western China, an ethic minority who can face persecution in China stemming from their Islamic faith. At the behest of China, Afghanistan has deported dozens of Uighurs back to China, who are detained at the headquarters of Afghanistan's National Directorate of Security in Kabul prior to removal.

As previously reported (See the 30 April Sweden update), the Afghan Ministry for Refugees wrote an open letter on 18 March 2020 to European countries requesting that they halt all deportations to Afghanistan due to the Covid-19 threat. On 31 March, the German government announced it would cease deportations to Afghanistan for the time being with the last flight having taken place on 12 March. The request to halt deportations came at a time where IOM reported that approximately 100,000 Afghans were deported or returned voluntarily from Iran. IOM said that 53,069 undocumented Afghans returned from Iran through the Milnak and Herat borders between 8-14 March, representing a 171 percent increase. The organisation added that since 1 January, the total number of undocumented returnees from Iran is of 136,186 persons, including unaccompanied migrant children, single parent families, physically disabled persons and elders.

On 6 May, the prison authority announced that 10 prisoners tested positive for Covid-19 out of 600 tested. A prisoner detained in the Pul-e-Charkhi prison stated that three prisoners had died after contracting Covid-19. In addition, on 17 May at least 13 detainees tested positive in a prison in the province of Herat.

On 22 April, more than 5,000 prisoners were reportedly freed, mostly women, juveniles and sick prisoners, to reduce the risk of coronavirus spreading. On the same day, Afghanistan’s new prison chief, Ahmad Rashid Totakhail, complained to journalists about widespread abuses in the country’s prison system. He described problems ranging from the lack of a comprehensive database on the length of detainees’ sentences to sexual abuse of underage prisoners and a general lack of access to medical care. Subsequently, on 27 April, Afghan President Ashraf Ghani issued a decree to release over 12,000 inmates and to reform various prisons as part of measures to prevent the spread of Covid-19.

Acceptance Year
CRPD, Optional Protocol to o the Convention on the Rights of Persons with Disabilities 2012
2012