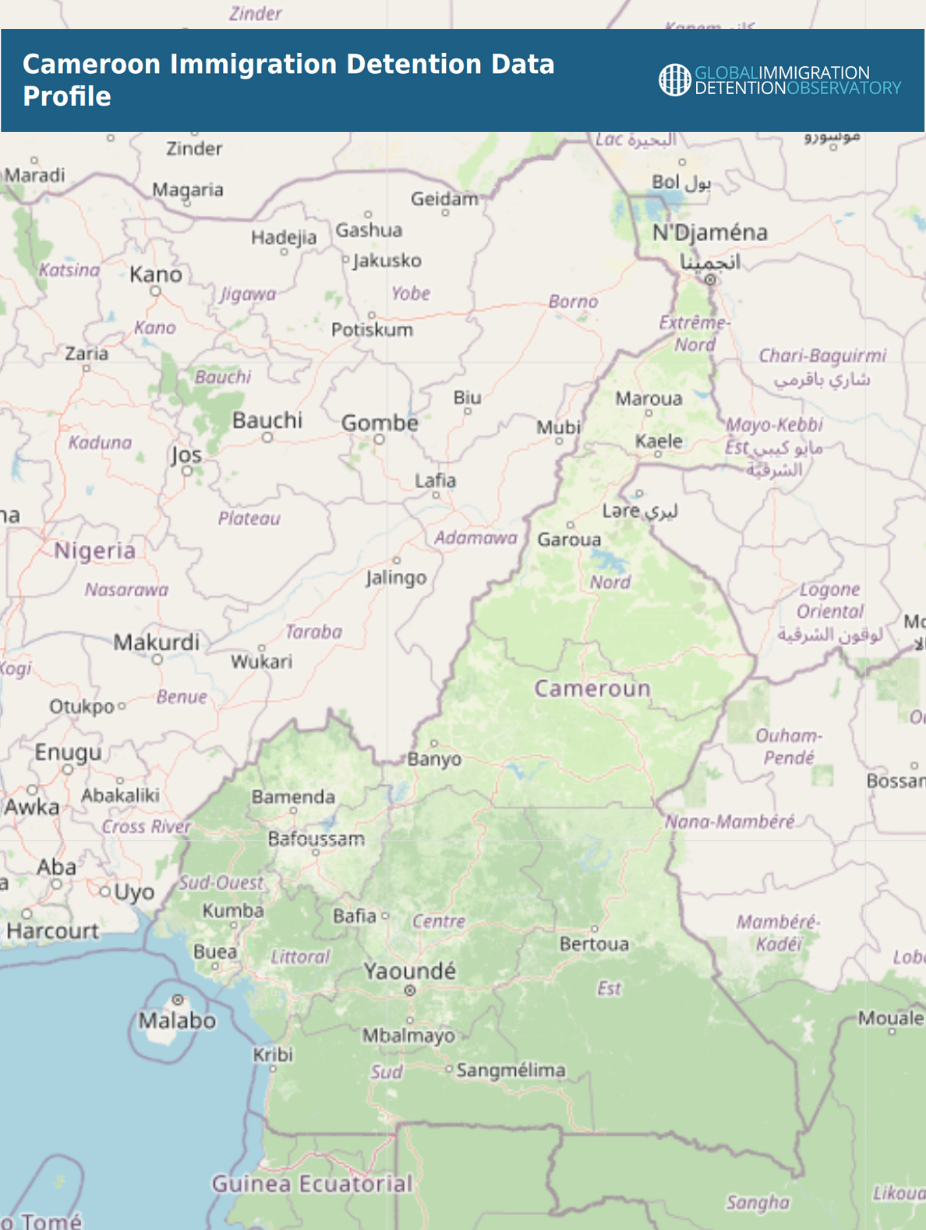 A critical humanitarian concern in Cameroon is its growing population of internally displaced people (IDPs), which according to UNHCR has increased substantially in recent months because of violence in northern parts of the country. As of mid-2020 there were nearly one million IDPs in the country, in addition to the more than 400,000 refugees. But there appears to be little updated information about the impact of Covid-19 on these populations. According to the United Nations Office for the Coordination of Humanitarian Affairs (OCHA), 17 refugees in Cameroon had tested positive for the disease as of 26 August, the latest 7 cases reported following a voluntary screening campaign “carried out by the regional delegation of public health of the East region from the 10 to 16 August” (OCHA, “Cameroon: Covid-19 Emergency,” Situation Report No. 06).

The pandemic is having an important impact on the movements into and across the country. In late March, for instance, growing fears about the spread of the coronavirus spurred thousands of IDPs located in camps in the west of the country to flee to other areas in the south and the north. In the meantime, the country has been blocking people from entering the country from Chad and the Central African Republic. Preventive measures including hand washing and temperature measurements were also implemented at border crossings, according to UNHCR.

UNHCR reported that the country was setting up 40 Refugee Housing Units to facilitate the provision of isolation and quarantine facilities in the East and Adamawa regions. A 14 day quarantine has been made compulsory for all refugees and migrants coming into the country to refugee camps and systematic controls of all new arrivals are made including temperature checks and medical assessments.

There have also been concerns about the impact of the pandemic in prisons. In March 2020, Human Rights Watch reported that local NGOs have decried overcrowding in the country’s prisons and the lack of sanitary measures and distancing. Two months later, the Committee for the Release of Political Prisoners (CL2P) revealed that many prisoners had already tested positive. The NGO warned that due to the lack of testing, this number was expected to rise. The Yaoundé prison, which has a population of more than 5,000 prisoners, has been particularly affected by the pandemic. In mid-April, following the death of several prisoners, a protest erupted at the prison. On 20 June, the Ministry of Justice said that 7,000 prisoners had been released since the start of the pandemic. Some 44 percent of those released tested positive for Covid-19, but it is unclear whether they were quarantined following their release.

Recommendation Year
Observation Date
Committee on the Elimination of Racial Discrimination §18 The Committee requests the State party to take all necessary steps to enable refugees and asylum seekers to fully enjoy their economic and social rights, particularly their right to work. The Committee requests the State party to ensure that, when an inquiry is opened under article 8, paragraph 1, of the Act on the Status of Refugees, the detention of asylum seekers is used only as a last resort and, where it is used, for as short a period as possible, that asylum seekers are not put in the same detention cells as suspects, and that feasible alternatives to detention are explored. The Committee requests that the State party devote particular attention to the situation of refugee women and girls, who could experience double discrimination. 2014
2014
Committee on the Rights of the Child § 68. "The Committee recommends that the State party strengthen the protection and assistance of refugee children and: (a) Adopt as a matter of priority the implementing Decree of the five year old Status of Refugees Act; (b) Take the necessary measures, including allocation of adequate resources, to prevent and combat malnutrition among refugee children and ensure that they have adequate access to essential health services, education, sanitation and safe drinking water; (c) Adopt concrete measures to protect children residing in refugee camps, particularly girls, from any form of violence, including early marriage and sexual exploitation; (d) Implement effectively the UNHCR programme on sexual violence, prosecute and punish those responsible for violence against refugee children, and provide the victims with adequate psychological and recovery assistance; (e) Set up, in close cooperation with UNHCR and UNICEF, a consolidated data collection system for refugee children, disaggregated by age, sex and nationality, and provide adequate resources to this end." 2010
2010
Committee on the Rights of the Child § 40. "While noting that conflict and instability in neighbouring countries have resulted in, collectively, over a half a million refugees, asylum seekers and internally displaced persons arriving in Cameroon, mostly residing in the East, North, Far North and Adamaoua regions, the Committee reiterates its previous recommendation (see CRC/C/CMR/CO/2, para. 68) and further recommends that the State party: (a) Operationalize and adequately resource the Commission for Eligibility to the Status of Refugees, ensuring it implements child-friendly screening and registration procedures; (b) Ensure that the best interests of the child are a primary consideration in all decisions and agreements in relation to the transfer of any asylum-seeking or refugee children, that all returns are voluntary and that the principle of non- refoulement is upheld; (c) Develop comprehensive referral and case management frameworks for services to refugee and asylum-seeking children, particularly in the fields of physical and mental health services, education and the police and justice sectors, including the provision of free legal aid, particularly for unaccompanied and separated children; (d) Prevent the arbitrary detention of refugee and internally displaced children; (e) Consider acceding to the Convention relating to the Status of Refugees, the Convention relating to the Status of Stateless Persons and the Convention on the Reduction of Statelessness." 2017
2017