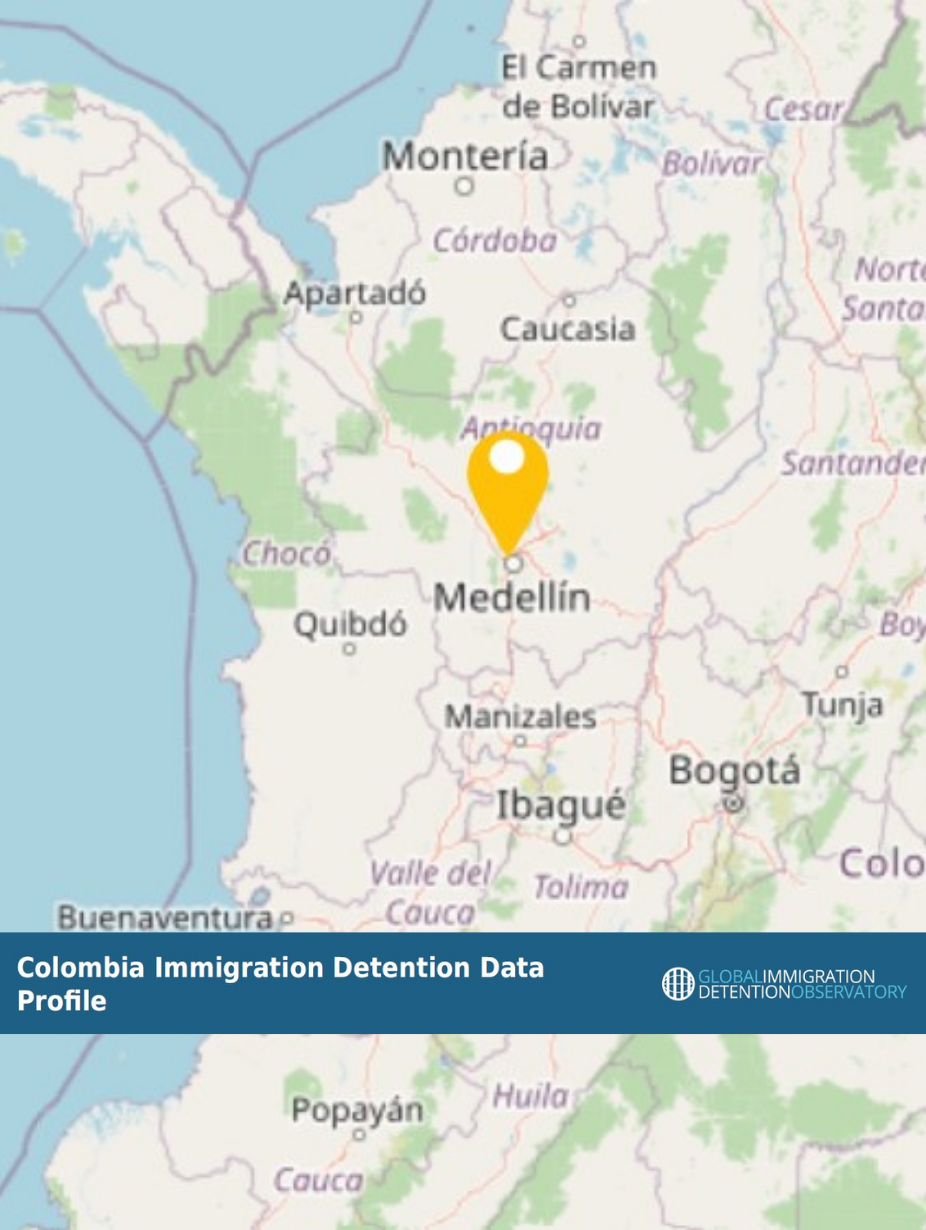 Venezuelan Migrants in Colombia Trying to Reach the Border to Return to their Country, (Stefano Pozzebon, “Venezuelan Migrants Fleeing Covid-19 Get Stuck at Border,” CNN, accessed on 14 July 2020, https://edition.cnn.com/videos/world/2020/07/13/venezuela-migrants-covid19-stuck-border-colombia-pozzebon-pkg-vpx.cnn/video/playlists/coronavirus-intl/)

According to the Colombian Ministry of Health, as of 23 June, Colombia had 73,572 cases of Covid-19 and 2,404 deaths related to the disease. As reported by CNN, Venezuelan migrant workers, who left the country when its economy collapsed, are now returning as Covid-19 cases surge across Latin America. The Colombia-Venezuela border crossing has been closed since March and migrants wishing to return to Venezuela find themselves stranded at the border in Cucuta.

According to UNHCR, on 5 June Colombia’s migration authority issued Resolution No. 1265, which outlines the protocol for the return of Venezuelans and details coordination measures between local authorities, Colombia’s immigration authority (Migracion Colombia), local health institutions, and the police. Under this resolution, Venezuelans who decide to return are at risk of losing their refugee status or having their application for asylum rejected.

Venezuelan President Nicolás Maduro has called its own citizens “biological weapons” and accused Colombia and other governments of infecting them with Covid-19 to spread the pandemic across Venezuela. Colombia has categorically rejected these accusations, calling them deplorable.

As reported by UNHCR, quotas have been established for the maximum number of returnees that can be received in Venezuela via the humanitarian corridor that is open three days a week (100 people per return day via the Arauca border crossing and 300 per return day in Cucuta). Everyone else must wait in makeshift migrant camps, where many have been waiting for weeks in worsening conditions. Social distancing is non-existent in the Cucuta camp, which increases the risk of contagion and spread of Covid-19. In addition, without toilets or adequate medicines, and with exposed raw sewage and waste, the camps expose children and families to other serious illnesses.

Al Jazeera reported in June that at least 500 Venezuelan migrants who had been left jobless and homeless during the pandemic, built a makeshift camp in the outskirts of Bogota. Most are trying to return home, but the Colombian authorities were preventing them from continuing their trip after the Venezuelan government began limiting the number of returnees, causing bottlenecks along the route. This camp has no running water or electricity and people survive from the charity of others that bring them food and supplies.

UNHCR and its partners are concerned over the increased risks of forced recruitment of adolescents by armed groups. As a result of quarantine measures, families face economic hardship and are therefore more vulnerable to pressure from armed groups. The National Institute of Legal Medicine and Forensic Sciences reported that nine Venezuelan women were killed during the period of mandatory isolation that began on 20 March, representing a 12% increase from the same period in 2019. Also, the Children’s Delegate of the Ombudsperson’s Office identified 54 unaccompanied and separated Venezuelan children in North Santander, 129 in Arauca and 107 in Guajira during the Covid-19 crisis. From 16 March to 12 June, UNHCR registered 2,206 cases of children at risk and 90 cases of unaccompanied and separated children.

A Wall of the Modelo Prison in Bogota, Colombia, (https://colombiareports.com/colombia-to-release-more-than-10000-inmates-from-prison-over-coronavirus-fears/)

Migrants and refugees in Colombia find themselves in a particularly vulnerable situation due to the Covid-19 crisis and the measures taken by the government, including confinement and border closures. Many have lost their homes and been left on the street as they are not able to afford rent. UNHCR has urged the country to adopt measures to support all vulnerable populations during the pandemic. However, of the 33 emergency decrees issued by the government to date as a consequence of the pandemic, none of them mention support for migrants. The GDP has been unable to find any reports indicating the measures taken to assist migrants and asylum seekers in detention.

It is likely that people arrested for immigraiton reasons are held in prisons or police stations. Colombia’s President Ivan Duque announced the suspension of visits to all of the country’s 132 prisons until adequate measures are put in place to ensure that Covid-19 does not spread within prisons. On 25 March 2020, the “National Carceral Movement” denounced the use of firearms and tear gas by the prison administration in response to a peaceful protest. The group of prisoners reports that 39 detainees were injured. The Ministry of Justice subsequently decided that 10,850 particularly vulnerable prisoners would be released and placed under “transitory house arrest” to mitigate the risk of infection. Prisoners that will be allowed to leave are those older than 60, nursing mothers, severely ill inmates and prisoners with sentences lower than five years who have served the obligatory three-firth of their sentence, but were never released.

Number of apprehensions of non-citizens

Does the country provide specific criminal penalties for immigration-related violations?

Has the country decriminalized immigration-related violations?

Maximum length of detention for asylum-seekers

§22. The Committee invites the State party to provide detailed information on the procedures applied by the Administrative Department of Security for the detention of migrant workers and members of their families. The Committee would also like to receive detailed information on the registration system and the physical conditions of the facilities in which migrants are held in the DAS centres.

§23.The Committee notes that it is planned to establish a migrants’ reception centre in the near future.

§24. The Committee recommends that the State party finalize its plans for a migrants’ reception centre, so as to establish a special centre to receive migrant workers and their family members, which respects and guarantees the rights enshrined in the Convention.

Do NGOs carry out visits?

Detention contractors and other non-state entities