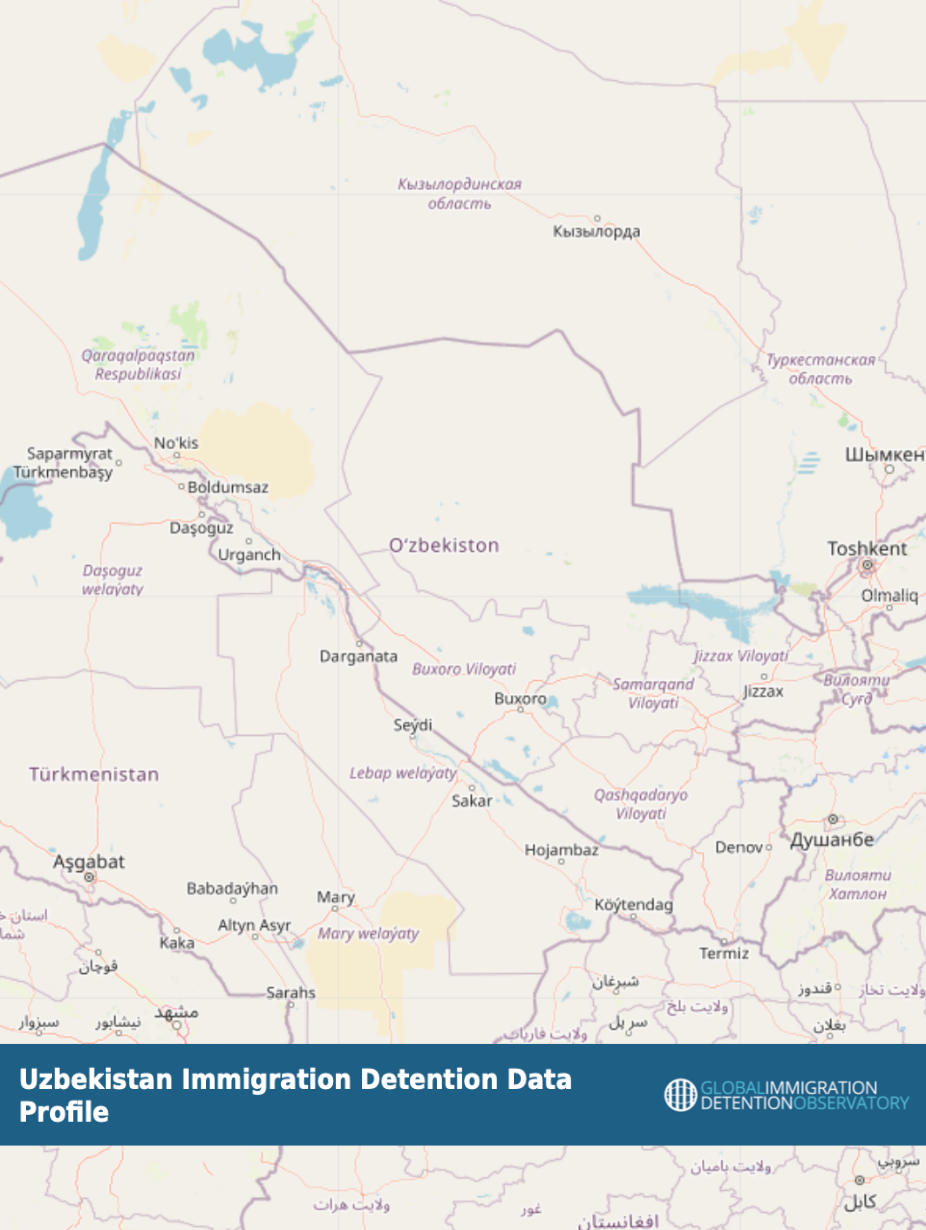 Prior to the pandemic, between two and three million Uzbek nationals worked overseas--primarily in Russia, as well as in countries such as Kazakhstan, Turkey, South Korea, and the United Arab Emirates. Hard-hit by the repercussions of the pandemic and with many losing their sources of employment, significant numbers of Uzbek migrant workers have sought to return home.

While former Uzbek president Karimov was notoriously disdainful towards Uzbek labour migrants--“Those people who go to Moscow to clean the streets are just lazybones” he stated in June 2013--current president Mirziyoyev has adopted a more favourable stance, appreciating labor migrants’ importance to the Uzbek economy. His government won praise from some for its work assisting stranded migrants to return home during the pandemic (arranging several repatriation flights, trains, and buses). According to Uzbekistan’s Deputy Labour Minister, at least 500,000 had returned as of 29 May, with more returning since. On 21 September, the country’s Ministry of Transport reported that it had arranged for a further 1,800 migrant workers to be returned by train from Samara and Novosibirsk.

On the other hand, Human Rights Watch (HRW) has said that the government’s efforts to repatriate migrant workers have been, at best, erratic, with many thousands remaining trapped outside the country’s borders. Many have been forced to camp out at airports in Russia (see our 24 July Russia update on this platform). Others have attempted to return by bus or car through Russia, often having to spend time in makeshift camps at the Russia-Kazakhstan border as they await transport and permission to cross.

One such camp, near the Kinel train station in Samara Oblast, is designed for 900 people. However, according to HRW, in September some 4,000 migrants, including at least 43 children, were stuck there. No medical care is reported to be available in the camp, and persons are not tested for COVID-19. Journalists from Novaya Gazeta, who visited the camp in September, allege that the camp management has sought to prevent camp residents from speaking to the media about the conditions they face. An additional camp has also been established in Kamensk-Shakhtinsky (Rostov Oblast), from where occasional trains leave for Uzbekistan.

With Covid infection rates significantly higher in labour migration destinations such as Russia than in Uzbekistan, persons who have managed to return have faced quarantine in hastily-erected state run facilities--some of which are no more than cargo containers placed together in rows. In the largest reported site--the “Urtasary” facility in the Tashkent region--3,467 containers were placed together, each containing four beds. In July, the facility was the site of protests, as returnees demanded their release from the carceral-style facility. According to the Uzbek Forum for Human Rights, some had been held for more than 30 days without any explanation, far exceeding the recommended 14-day quarantine period. In a video shared by Ozodlik (RFE/RL’s Uzbek service), detainees penned into the camp by iron fencing can be seen calling for their release. Allegations of police brutality also surfaced, and one returnee is reported to have committed suicide following his placement in the facility. The Uzbek Forum for Human Rights has confirmed to the GDP, however, that the Urtasary facility is now closed. Returning migrants are instead instructed to quarantine in their own homes.