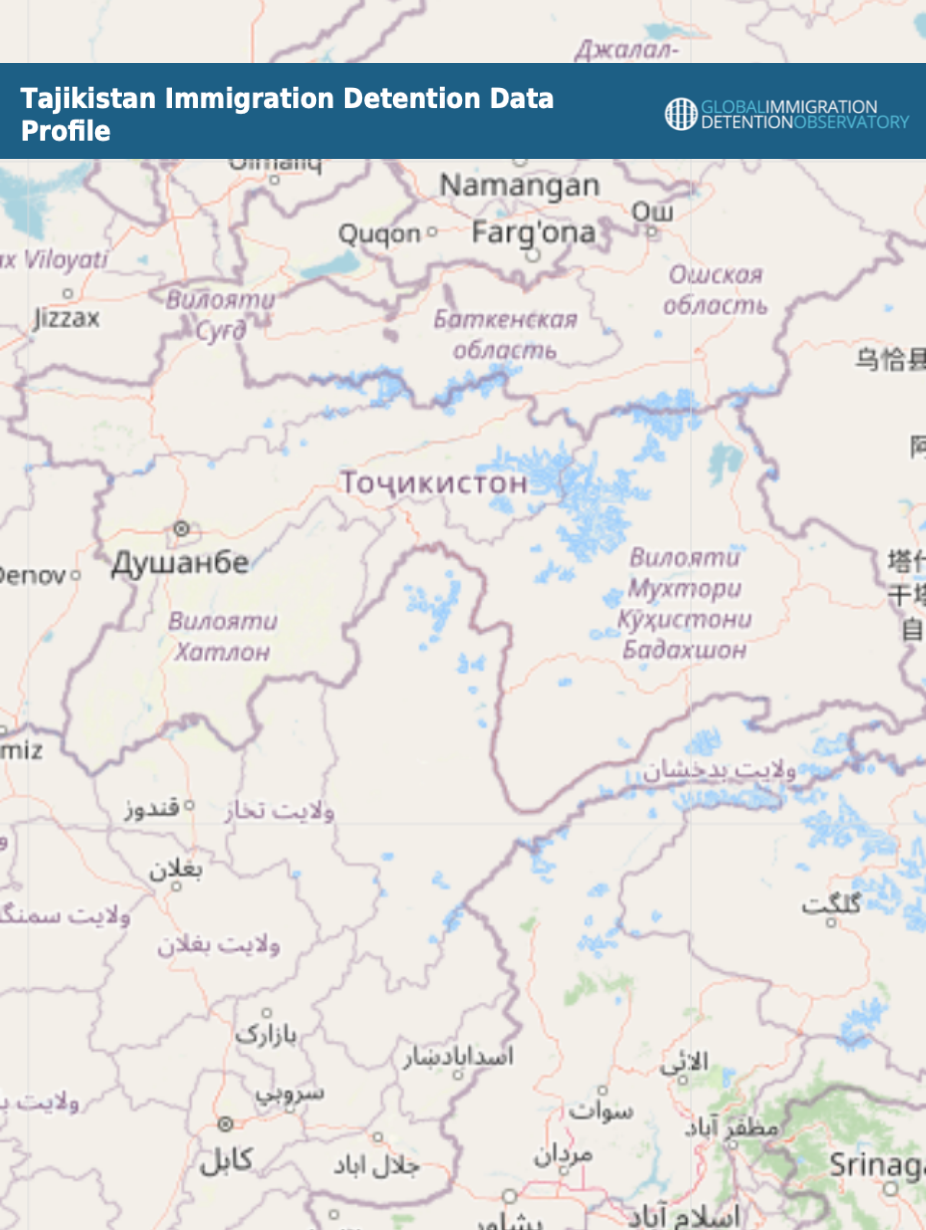 Although Tajik authorities closed the country’s borders to travellers from more than 30 countries in early March, the government initially denied the existence of the virus--even allowing mass public events to be held. In April however, following the announcement that the WHO would send a team to investigate the country’s virus-free status, authorities confirmed the detection of 15 cases in the country. As of 24 November 2020, 11,932 confirmed cases and 86 deaths have been reported.

Like its Central Asian neighbours, Tajikistan has long witnessed significant flows of external labour migration, especially to Russia. (In August, undocumented Tajik migrants in Moscow were targeted in raids--see 19 November Russia Federation update on this platform.) Border closures and flight cancellations, however, have left thousands of Tajik migrant workers stranded outside of the country waiting for charter flights to repatriate them. Between April and October, Tajik officials report having returned 70,000 citizens via charter flights.

In 2020, Tajikistan established a new law allowing foreign nationals and stateless people irregularly residing in the country to regularise their stay by obtaining residence permits, as well as enabling them to apply for Tajik citizenship after three years. State authorities estimate the new law will benefit some 20,000 people, mostly former citizens of the Soviet Union, who came to Tajikistan before the end of 2016.

A signatory of the Refugee Convention, the country has adopted domestic legislation for the purposes of refugee protection under the 1994 Law on Refugees (which was revised in 2002 and 2014). As of August 2019, there were a total of 11,299 persons of concern in Tajikistan according to UNHCR, including 2,287 refugees (the vast majority of whom are from Afghanistan), 2,170 asylum seekers, and 6,842 stateless persons. Research conducted by UNHCR PDES has previously highlighted the severe restrictions imposed on refugees’ and asylum seekers’ freedom of movement, including laws preventing them from taking up residence in large urban areas as well as in border areas and imposing heavy criminal penalties for breaches of movement restrictions (including arrest, detention, fines, the withdrawal of refugee status, and deportation). It has also raised concern regarding provisions in national law that do not conform to the Refugee Convention, such as Resolution 323, which provides that a person who has transited through certain countries (e.g. Afghanistan, Uzbekistan) is considered as having found protection in those countries, which can subsequently constitute a basis for refusal of registration of applications for granting asylum.

Law No.590 under Article 5 of the revised 1994 Law on Refugees provides that the national security body of the Republic of Tajikistan shall detain asylum-seekers crossing the border into Tajikistan who do not have a permit to enter, but who have claimed asylum. In such cases, it must communicate information about this detention to the relevant internal affairs departments within 72 hours, while observing the principle of non-refoulement. Under Law No.919, a person who is forced to illegally cross the state border of the Republic of Tajikistan (e.g. as a result of being trafficked) and who claims asylum, shall be detained by units of border troops of the national security body but shall not be subject to sanctions for illegal entry or stay.

Little information appears to be available concerning the treatment of migrants or asylum seekers in immigration enforcement and detention procedures in Tajikistan--including during the pandemic. In its third periodic report on Tajikistan in June 2018, the UN Committee on Torture expressed concern regarding reports of torture in prisons and pre-trial detention, including deaths in custody, particularly of political dissidents. Having banned prison visits to inmates during the pandemic, on 16 November it was reported that families would be able to visit their detained relatives again.

Recommendation Year
Committee on Migrant Workers "§24- ( c ) strengthen its cooperation with the law enforcement agencies of the main countries of employment of tajik migrant workers in order to provide better protection for its citizens and to ensure that the situation of tajik migrant workers and members of their families , who are held in detention , is effectively monitored;" "§38. provide assistance to tajik migrants who are victims of discrimination, violence and prolonged detention in countries of employment . " 2012
2012