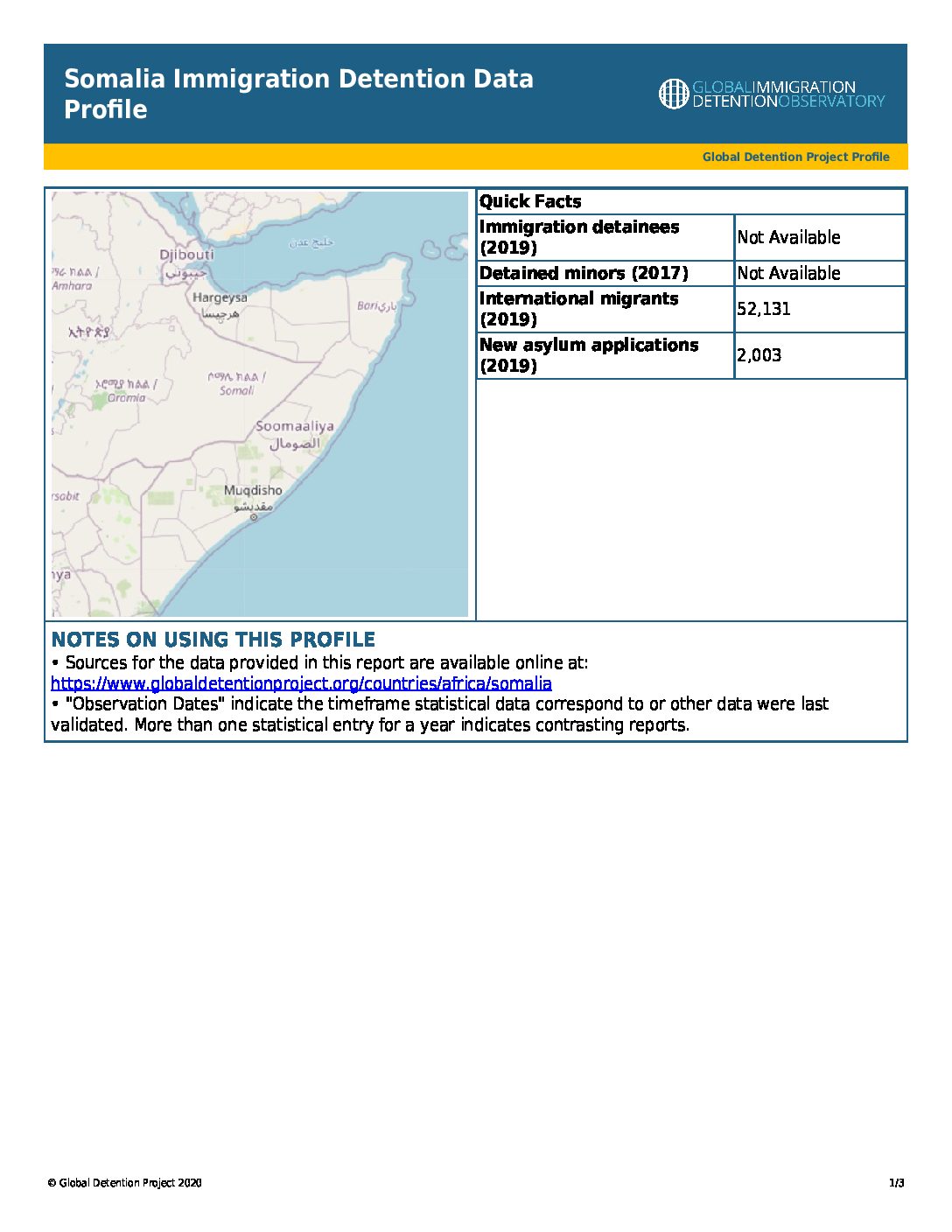 Somalia is the third largest source country of refugees worldwide, with the number of Somali refugees reaching one million in 2012. Although immigration detention is reported to be relatively common in the autonomous territories of Puntland and Somaliland, it does not appear to be a significant issue in Somalia proper.

Somalia is the third largest source country of refugees worldwide. The number of Somali refugees reached one million in 2012. As Somalia is not a destination or transit country for migrants from neighbouring countries, immigration-related detention does not appear to be a significant issue and there is very little information available about this issue.[1]

In 2013, the U.S. State Department described conditions in Somalia’s prisons and detention centres as harsh and life-threatening. Problems include poor sanitation, lack of medical care, inadequate food, and widespread tuberculosis, cholera, and pneumonia.[2]

[1] Regional Mixed Migration Secretariat, Behind Bars: The Detention of Migrants in and from the East and Horn of Africa, 2015, http://www.regionalmms.org/.