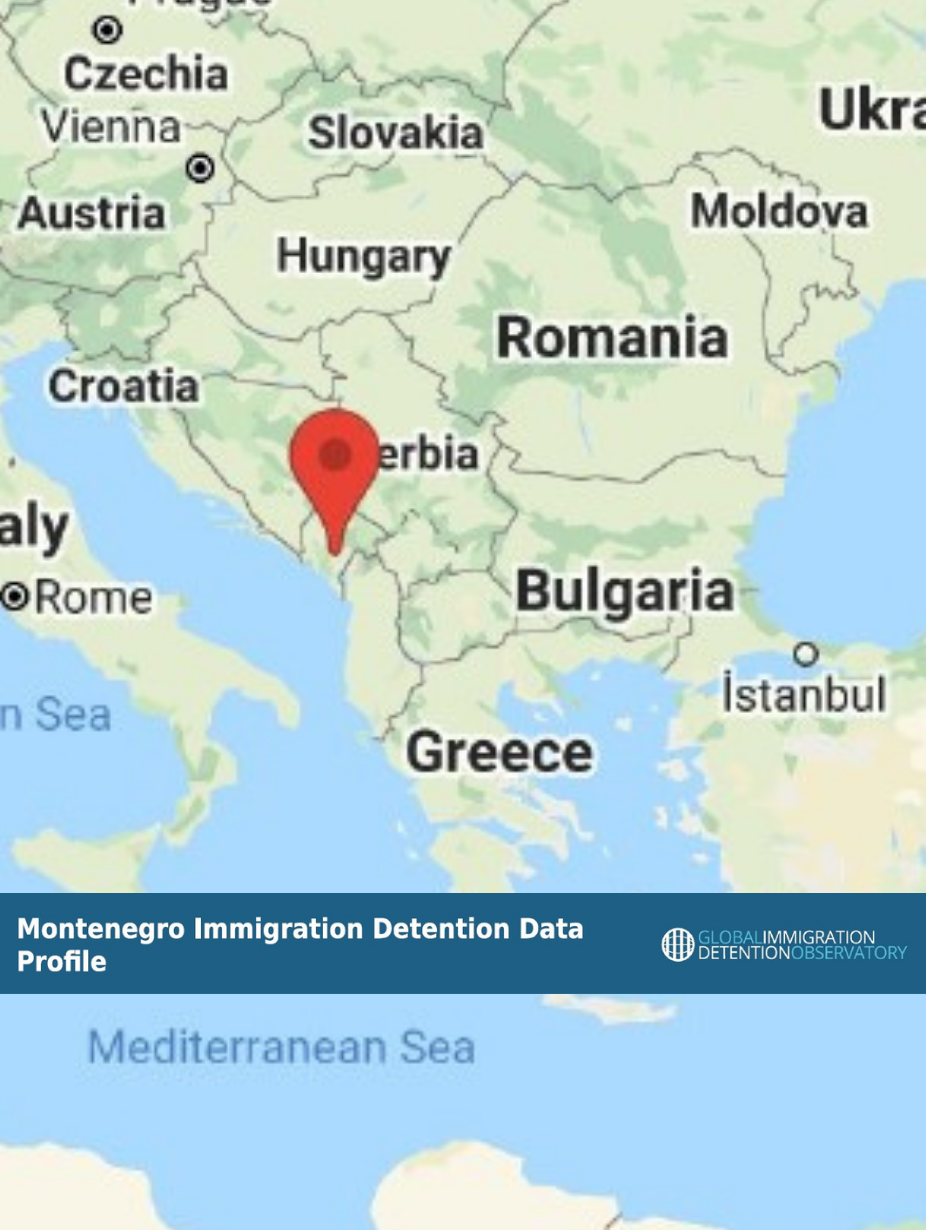 (February 2021) The small mountainous country of Montenegro, which became independent from its federation with Serbia in 2006, has not experienced the same migration pressures as many of its Balkan neighbours. Nevertheless, it has emphasised migration and border management as it seeks to promote its application for EU membership, including by expanding cooperation with the European Border and Coast Guard Agency (Frontex). There is little detailed information about migrant detention practices in the country, though the law provides for detention of non-citizens in certain cases. The country at one time hosted approximately 13,000 ex-Yugoslav refugees, many of whom received permanent legal status in the country after 2009.

The official also reported that access to the country and to the asylum procedure were suspended from March to June 2020. Asylum seekers in the Centre for Reception of Foreigners Seeking International Protection, located in Spuz, have been placed in quarantine. Although the situation returned to normal by 8 June, admission to the Reception centre was only allowed following 14 days in quarantine and a negative Covid-19 test. The official also informed the GDP that another asylum facility will soon be opened close to the border with Albania, and will have a capacity of 60 beds.

Regarding the country’s prisons, on 24 April, the European Union and the Council of Europe donated 2,000 masks, 50 liters of disinfectants, and 10 dispensers to Montenegro’s prison administration. By 9 July, two staff members at the Spusk prison had tested positive for the disease; nine inmates and 21 staff members were placed in isolation. No Covid-19 cases have been detected thus far amongst the prison population.

Decree Promulgating the Law on International and Temporary Protection of Foreigners of 29 December 2016. (2016)

Recommendation Year
Observation Date
Committee on the Rights of the Child § 62. "The Committee recommends that the State party establish a clear legal framework, including by reviewing the Law on Asylum governing the treatment of asylum-seeking children and to strengthen the implementation of the Action Plan in order to ensure that all children, are fully registered and effectively benefit from the social protection system." 2010
2010
Committee against Torture w) information provided by the delegation that the Law on the Legal Status of Aliens (Aliens Law) has been amended in November 2006 and that asylum-seekers are now exempt from detention, even in cases where they enter or stay illegally in the State party. 2009
2009

Ministry of the Interior https://mup.gov.me/en/ministry

Protector of Human Rights and Freedoms of Montenegro http://www.ombudsman.co.me/