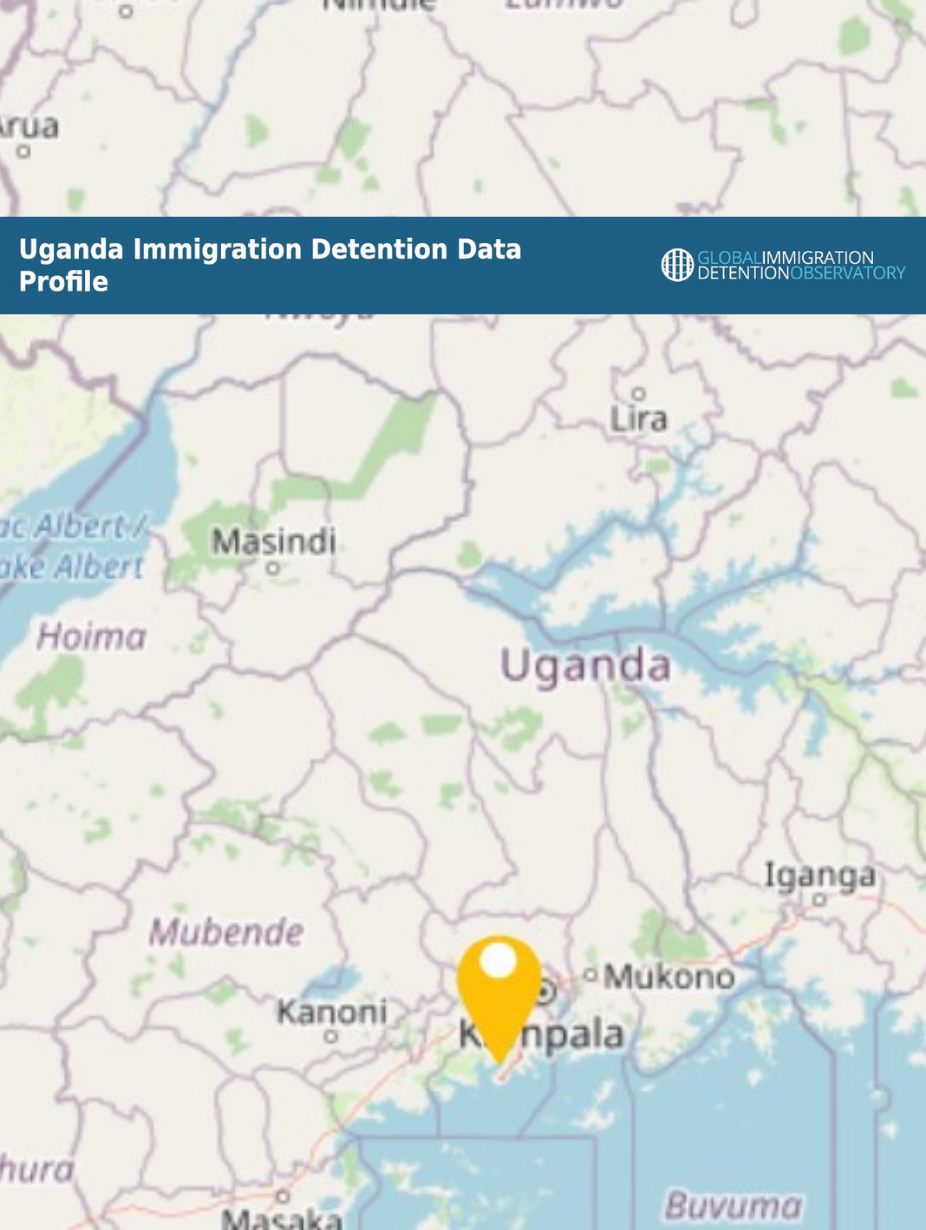 An Asylum Seeker with her Children and Others, Sitting After Undergoing a Health Screening Near the Border Crossing in Zombo, Uganda, (Rocco Nuri, UNHCR, "Over 3,000 Congolese Refugees Arrive in Uganda in Three Days," 7 July 2020, https://www.unhcr.org/news/briefing/2020/7/5f042a5a4/3000-congolese-refugees-arrive-uganda-three-days.html)

Often praised for having an open-door policy for refugees, Uganda closed its borders in March, leaving thousands of refugees and asylum seekers stranded and unable to enter the country (see 6 April update). Since May, approximately 10,000 refugees have been camped out on the Uganda-Democratic Republic of Congo border, having fled escalating violence in eastern DRC. However, following a 16 June decision, President Yoweri Museveni ordered authorities to temporarily re-open some border crossings to allow entry to those seeking protection. During 1-3 July, more than 3,000 Congolese asylum seekers were able to enter the country. The government’s decision was praised by UNHCR, whose spokesman in Uganda said, “It proves that even in the midst of a global crisis like COVID-19, there are ways to manage border restrictions in a manner which respects international human rights and refugee protection standards.” Despite the move, however, people trying to enter from South Sudan continue to be denied entry.

Those permitted entry are quarantined in a facility in Zombo near the border that can accommodate up to 6,000 people. Following mandatory quarantine, all asylum seekers are to be transferred to existing refugee camps within the country. However, as rights groups have highlighted, living conditions in Uganda’s refugee camps are poor and conducive to the spread of the virus. In a statement released shortly after announcement of the order to allow Congolese asylum seekers entry into the country, the Global Refugee-Led Network-Africa Chapter also urged authorities to ensure that quarantine conditions are dignified, “and to develop more general measures to admit people needing international protection at other border points.”

Meanwhile, Ugandan authorities have released groups of prisoners during the crisis—including 74 Congolese fishermen who had been confined in penal facilities in Katwe and Mubuku since 2018/2019. (Between July 2018 and the end of 2019, Uganda stepped up its patrols on Lake Edouard, and arrested more than 400 Congolese fishermen found in Ugandan waters.)

Handwashing and temperature screening facilities have been put in place at points of entry as well as transit centres and reception centres.

Recommendation Year
Committee on Migrant Workers "take the necessary steps to ensure that in administrative and judicial proceedings, including detention and expulsion proceedings, migrant workers and members of their families, particularly those in an irregular situation, are guaranteed due process on an equal basis with nationals of the state party before the courts and tribunals in administrative and judicial proceedings. in the light of the committee’s general comment no. 2 (2013) on the rights of migrant workers in an irregular situation and members of their families, the committee recalls that administrative detention should only be used as a measure of last resort, and recommends that the state party consider alternatives to administrative detention. the committee further recommends that the state party: (a) include in its second periodic report detailed disaggregated information on the number of migrant workers detained for immigration offences, and the place, average duration and conditions of their detention; (b) provide updated information, including disaggregated statistics, on the number of migrant worker expulsions as well as the procedures used; (c) ensure that the minimum guarantees enshrined in the convention are assured with regard to administrative and judicial procedures against migrant workers and members of their families." 2015
2015