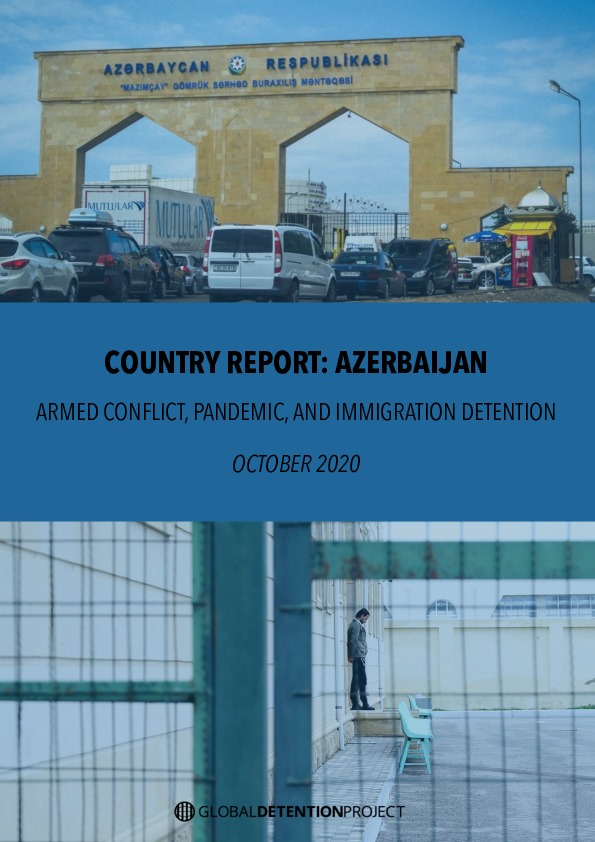 Azerbaijan lauds the operations at its immigration detention centres, which opened less than a decade ago. But with civil society tightly controlled, there are few independent reports detailing detention conditions. Important monitoring bodies like the European Committee for the Prevention of Torture have also yet to fully investigate this issue. However, there have been allegations of abuse at these centres. In the meantime, Azerbaijan’s protracted conflict with Armenia—which flared up in late 2020—has resulted in burgeoning displacement levels. While there have been efforts to assist internally displaced people, there are long-standing concerns over the treatment of refugees and asylum seekers, including accusations of refoulement and inadequate asylum procedures. After the onset of the COVID-19 pandemic, authorities reported implementing some protective measures, including temporarily halting the placement of people in immigration detention.

After gaining independence in 1991, Azerbaijan became a country of emigration as large numbers of people departed due to political and economic uncertainty in the wake of the Soviet Union’s collapse. The country also experienced growing populations of internally displaced persons (IDPs) and refugees, resulting in part from its long-standing conflict with Armenia over the disputed Nagorno-Karabakh territory. As the country’s economy revived—largely a result of the growth of the oil and gas sectors—fewer people emigrated and more immigrated, including people from Pakistan, Afghanistan, Iran, India, and other countries in Asia and the Caucasus.

The country adopted a “State Migration Management Policy Concept” in 2004, the purpose of which was to formulate a policy that would assess and manage migration. This was subsequently followed by a State Migration Programme (2006-2008), which sought to develop the country’s legislation to ensure it met international norms and standards, implement measures to prevent illegal immigration and human trafficking, and introduce quotas within the field of labour migration (among other goals). In 2013 the country’s migration policies were unified and overhauled with the introduction of the Migration Code, which was bolstered in 2014 with a chapter regulating migration detention operations.

Coinciding with these legal developments was the opening of Azerbaijan’s first dedicated immigration detention centres. On 22 November 2012, the State Migration Service announced that newly built immigration detention centres in the cities of Baku and Yevlakh were slated to open. As of 2020, the Baku City Detention Centre for Illegal Migrants and Yevlakh City Detention Centre for Illegal Migrants appear to remain the only specialised migration-related facilities in operation in the country (reports of a third centre in Nakhichivan have not been confirmed by the GDP). Reportedly, 1,237 people were detained at these facilities in 2019, including people from Pakistan, Turkey, and other nearby countries.

Authorities frequently tout what they consider to be the exceptional conditions of, and treatment in, their detention centres, including producing propaganda videos about them and releasing press bulletins aimed at countering criticism. However, some reports have presented a starker view. In September 2019, reports circulated recounting several detainees’ experiences of abuse and limited access to food in the Baku facility. Following its visit to the Baku facility in 2017, the Working Group on Arbitrary Detention noted that asylum seekers were “placed in the facility together with convicts who had served their sentence.”

At the end of 2019, UNHCR reported that 652,326 IDPs were then residing in Azerbaijan. However, after the renewal of hostilities between Azerbaijan and Armenia in late 2020, observers warned that new “heavy displacement” would likely occur.