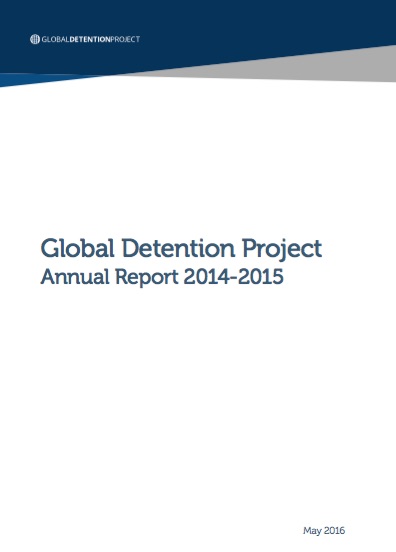 In December 2015, the Global Detention Project completed its first fiscal year as an independent non-profit association after operating for nearly eight years as an academic project based at the Graduate Institute of International and Development Studies. This Annual Report details the origins and evolution of the GDP and its efforts to confront the use of detention to control the movement of undocumented migrants, asylum seekers, and refugees.