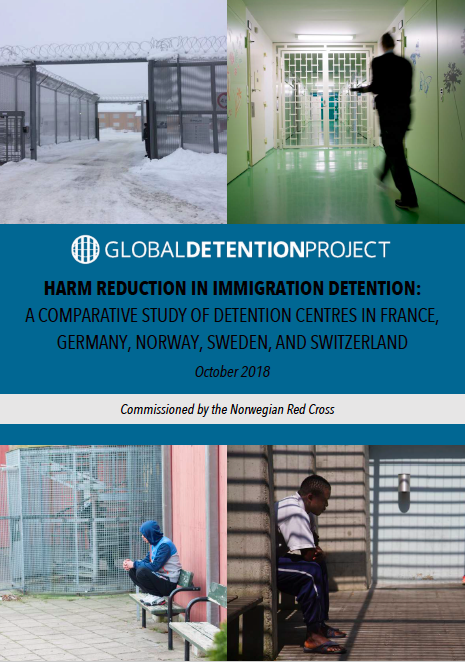 This Global Detention Project Special Report, commissioned by the Norwegian Red Cross, systematically compares conditions and operations at detention centres in five European countries to identify practices that may be used to develop “harm reducing” strategies in detention. The report, which the Norwegian Red Cross commissioned in an effort to identify possible reforms in Norway’s detention practices, addresses several key questions:

In what ways has the Norwegian system met or exceeded internationally recognised standards? In what ways has it fallen short, especially when compared to detention practices of peer countries? And what are the key reform priorities going forward that may help reduce the harmful impact of detention?

In Norway’s Trandum Detention Centre, multiple reports have highlighted an overzealously punitive and restrictive detention regime where detainees consider themselves to be “treated as criminals” even though they are not serving criminal prison sentences. Despite repeated recommendations from relevant experts, including the country’s Parliamentary Ombudsman, many important reforms have not been implemented.

To complete the study, GDP researchers sought to assess Trandum in a comparative context that would highlight conditions and procedures in other European countries. The analysis of centres in Norway, France, Germany, Sweden, and Switzerland reveals that Trandum has embraced a carceral model for immigration detention to a much greater extent than centres elsewhere in Europe, falling short of standards provided in international law and promoted by national and regional human rights bodies.

The report highlights several key areas for promoting reforms, both at Trandum and in other facilities across Europe, including: placing immigration detainees in the custody of social welfare institutions rather than public security agencies; reforming operating rules on everything from food preparation to electronic communications; and shedding detention centres of carceral elements, including the aspect of guards and staff members and the internal layout and regime of detention centres. Many of these suggestions have been highlighted by the Norwegian Red Cross in a statement urging the country’s authorities to reform its immigration detention system. 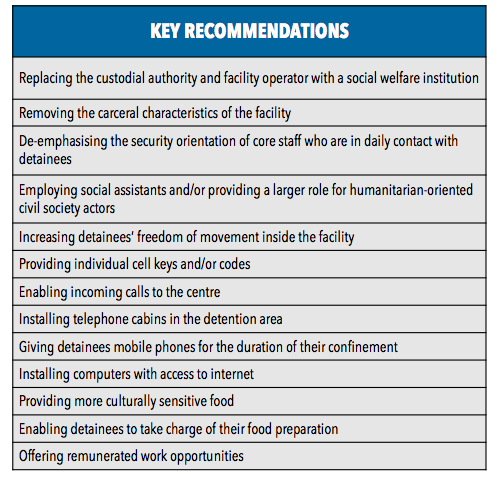