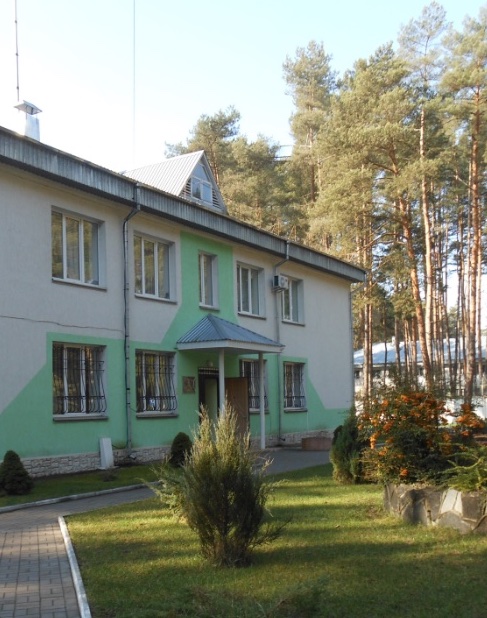 In early March, shortly into Russia’s war on Ukraine, the Global Detention Project (GDP) began receiving email messages and videos from individuals claiming to know people who remained trapped in an immigration detention centre inside Ukraine, even as the war approached. We also received messages from a representative of the humanitarian group Alight based in Poland, who said that they too were receiving messages from detainees at Volyn, as well as identity documents, photos, and videos.

The information we received indicated that there were several dozen detainees still at the Volyn detention centre (formally, “Volyn PTPI,” but also referred to as the “Zhuravychi Migrant Accommodation Centre”), including people from Pakistan, India, Eritrea, Sudan, Afghanistan, among other countries. They had grown particularly desperate after the start of the war and had held a demonstration to demand their release when the nearby town was shelled, which reportedly was violently broken up by detention centre guards.

The GDP located a webpage on the official website of Ukraine’s State Secretariat of Migration that provided confirmation of the operational status of the Volyn facility as well as of two others. Although the official webpage was subsequently taken down, as of late March it continued to indicate that there were three operational migration-related detention centres in Ukraine, called Temporary Stay for Foreigners or PTPI (Пункти тимчасового перебування іноземців та осіб без громадянства): Volyn PTPI (Zhuravychi); Chernihiv PTPI; and Nikolaev PTPI (also referred to as the Mykolaiv detention centre).

We learned that the Chernihiv PTPI, located north of Kyiv, was emptied shortly after the start of the war. However, as of the end of March 2022, it appeared that both the Volyn PTPI and Nikolaev PTPI remained operational and were holding detainees. We understood that the situation at the detention centres had been brought to the attention of relevant authorities in Ukraine and that the embassies of at least some of the detainees—including India—had begun arranging the removal of their nationals. Detainees from some countries, however, reportedly indicated that they did not want assistance from their embassies because they did not wish to return and were seeking asylum.

In our communications and reporting on this situation, including on social media and through direct outreach to officials and media outlets, the GDP consistently called for the release of all migrants trapped in detention centres in Ukraine and for international efforts to assist migrants to seek safety. We highlighted important international legal standards that underscore the necessity of releasing detainees in administrative detention in situations of ongoing warfare. Important among these is Additional Protocol 1, Article 58C, of the Geneva Conventions, which requires all parties to a conflict to take necessary measures to protect civilians under their control from the effects of the war.

We also pointed to relevant human rights standards pertaining to administrative detention. For example, the UN Working Group on Arbitrary Detention, in their seminal Revised Deliberation No. 5 on the deprivation of liberty of migrants, conclude that in “instances when the obstacle for identifying or removal of persons in an irregular situation from the territory is not attributable to them … rendering expulsion impossible … the detainee must be released to avoid potentially indefinite detention from occurring, which would be arbitrary.” Similarly, the European Court of Human Rights (ECHR) has repeatedly found that when the purpose of such detention is no longer possible, detainees must be released (see ECHR, “Guide on Article 5 of the European Convention on Human Rights: Right to Liberty and Security,” paragraph 149.).

In April, a consortium of press outlets—including Lighthouse Reports, Al Jazeera English, and Der Spiegel—jointly undertook an investigation into migrants trapped in detention in Ukraine and published separate reports simultaneously on 4 April. Human Rights Watch (HRW) also published their own report on 4 April, which called on authorities to immediately release the detainees. All these reports cited information provided by the GDP and interviewed GDP staff.

HRW reported that they had spoken to some of the detainees at Volyn (Zhuravychi) and were able to confirm numerous details, including that “people of up to 15 nationalities were being held there, including people from Afghanistan, Algeria, Bangladesh, Cameroon, Ethiopia, Gambia, Ghana, India, Nigeria, Pakistan, and Syria.” According to HRW, the detainees claimed to have “been detained in the months prior to the Russian invasion for irregularly trying to cross the border into Poland.” They said that there were more than 100 men and women at the facility, though according to Lighthouse Reports only an estimated 45 people remained at the centre as of 21 March.

The interviewees said that conditions at the detention centre deteriorated after 24 February when members of the Ukrainian military moved into the centre and guards relocated the detainees to one of the two buildings in the complex, freeing the second building for the soldiers. When detainees protested and demanded to be released, the guards refused, forcibly putting an end to the protest and beating detainees. Some detainees claimed to have been told that they could leave the centre if they agreed to fight alongside the Ukrainian military, which they refused.

An issue addressed in many of these reports is the EU’s role in financing immigration detention centres in Ukraine, which the GDP had previously noted in a report about Ukraine in 2012. According to that report, “In 2011, 30 million Euros were allocated to build nine new detention centres in Ukraine. According to the EU delegation to Ukraine, this project will ‘enable’ the application of the EU-Ukraine readmission by providing detention space for ‘readmitted’ migrants sent back to Ukraine from EU countries.”

In its report on the situation, Al Jazeera quoted Niamh Ní Bhriain of the Transnational Institute, who said that the EU had allocated 1.7 million euros ($1.8m) for the securitisation of the Volyn centre in 2009. She added, “The EU drove the policies and funded the infrastructure which sees up to 45 people being detained today inside this facility in Ukraine and therefore it must call on Ukraine to immediately release those being held and guarantee them the same protection inside the EU as others fleeing the same war.”

Efforts to get clarity on EU financing from officials in Brussels were stymied by lack of responsiveness on the part of EU officials. According to Al Jazeera, “The European Commission did not answer questions from Al Jazeera regarding its operation and whether there were plans to help evacuate any remaining people. Ukrainian authorities also did not respond to a request for comment.” The Guardian also reported in mid-April they had “approached the Zhuravychi detention facility and the Ukrainian authorities for comment” but had yet to receive a response as of 12 April.

However, on 5 April, two MEPs, Tineke Strik and Erik Marquardt, raised the issue during a joint session of the European Parliament’s Committee on Civil Liberties, Justice, and Home Affairs (LIBE) and the Committee on Development (DEVE). The MEPs urged the EU to take steps to assist the release of the detainees.

In mid-April, reports emerged that some detainees who had been released from the Volyn PTPI in Zhuravychi were later re-detained in Poland. In its 14 April report, The Guardian reported that “some of those that were released from the centre in the first few days of the war are now being held in a detention centre in Poland, after they were arrested attempting to cross the Polish border, but these claims could not be verified.” On 22 April, Lighthouse Reports cited Tigrayan diaspora representatives as saying that two former detainees at the facility were refugees fleeing Ethiopia’s war in the region, where human rights groups report evidence of a campaign of ethnic cleansing and crimes against humanity. Despite being provided documents by Ukraine stipulating that they were stateless persons and being promised safe passage, Polish border guards detained the pair, arguing that there was an “extreme probability of escape.”

Separately, human rights campaigners following the case informed the GDP in late April that they had evidence of immigration detainees still being locked up in Ukraine’s detention centres, including in particular the Nikolaev (Mykolaiv) PTPI.

The GDP continues to call for the release of all migrants detained in Ukraine during ongoing warfare and for international efforts to help detainees to find safety, in accordance with international humanitarian and human rights law. Recognizing the huge efforts Poland is making to assist refugees from Ukraine, we nevertheless call on the Polish government to treat all people fleeing Ukraine equally and without discrimination based on race, nationality, or ethnic origin. Everyone fleeing the conflict in Ukraine is entitled to international protection and assistance and no one should be detained on arrival in Poland.