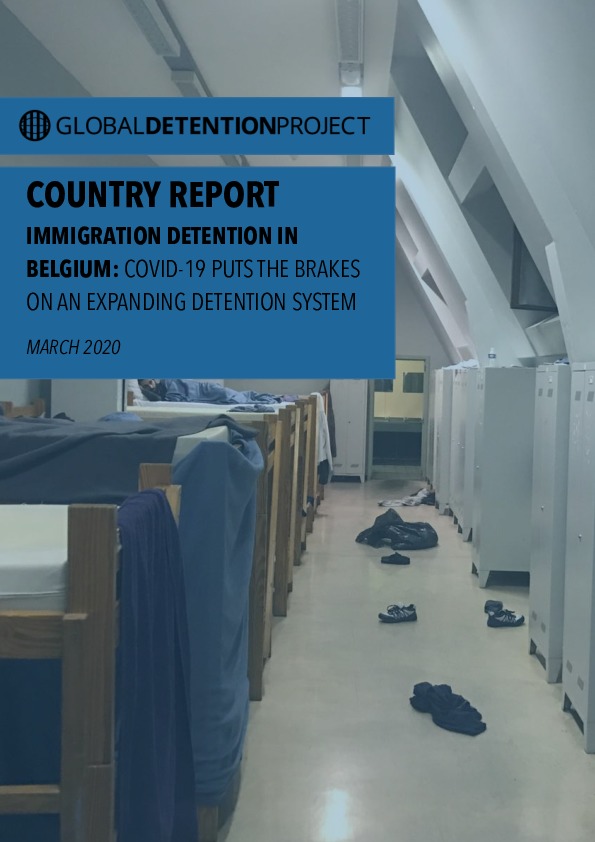 Belgium has adopted increasingly hardening immigration and asylum policies, including an expansion of its detention system. But the Covid-19 crisis has spurred the country to temporarily reduce its immigration detention capacity by half, to some 300 beds, while the Immigration Office has temporarily halted the registration of new asylum seekers. In 2017, the government back-peddled on an earlier commitment to stop detaining children when it opened new “family units” inside detention centres.

As countries around the world prepared to ratify the Global Compact on Safe, Orderly and Regular Migration in December 2018, Belgium was wracked by a bitter public debate over the agreement, threatening the stability of the government. Although most members of the governing coalition were in favour of adopting the compact, the extreme nationalist New Flemish Alliance Party campaigned virulently against it, arguing that it would lead to more migration. When the prime minister announced that he would sign the agreement, the party pulled out of the governing coalition, prompting the government’s collapse and the prime minister’s resignation.

The bitter public debate over the Global Compact is part of a broader hardening of immigration-related policies and attitudes in Belgium. In 2018, for instance, Belgium issued a Royal Decree allowing for the detention of families with children and re-opened a facility for this purpose located at Brussels airport. Although the Belgian Council of State ordered the suspension of the decree because of the harm it would cause, the decree nevertheless spurred criticism nationally and internationally, in part because the country had previously been lauded for its humane treatment of families at “return houses” located in the community.

In recent years, the country’s detention estate has grown considerably. In 2018, Belgium opened a new form of detention facility, called a “National Administrative Centre for Transmigration.” Located inside the existing 127bis “Repatriation Centre,” the “transmigration” centre is intended to be used to detain people labelled “migrants in transit,” who are presumably en route through Belgium to other countries, most notably the United Kingdom. Some observers have expressed concern that non-citizens held in the new facility may have restricted access to procedural safeguards.

In early 2019, the Immigration Department (Office des étrangers) announced that it had hired approximately 600 new staff members as part of its plan to nearly double the country’s immigration detention capacity to some 1,100 beds, which would be enabled by the opening of new detention facilities. However, faced with the Covid-19 crisis, Belgium took a number of measures to mitigate the risk of infection within immigration detention centres. The capacity of the centres was temporarily reduced by half and many detainees were released.