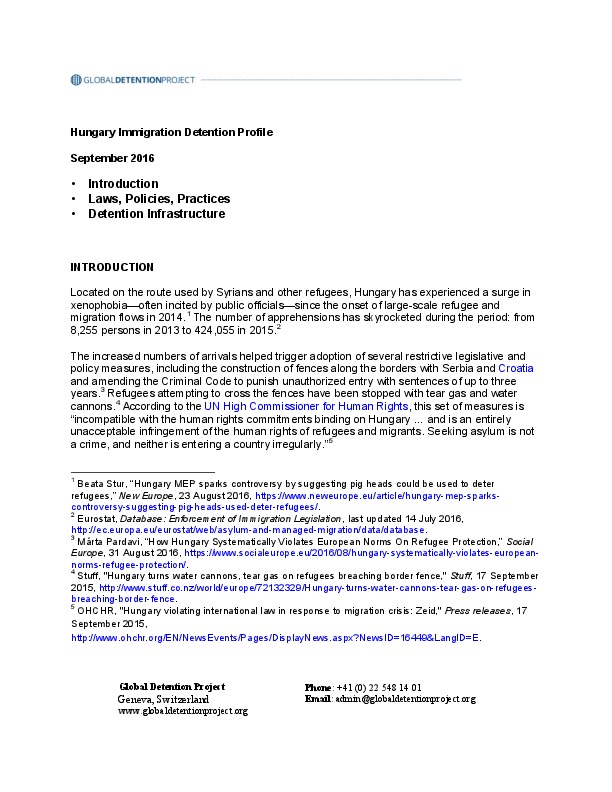 Hungary has experienced a surge in xenophobia and anti-migrant rhetoric recently. In 2015, the country constructed more than 200 kilometres of fences along its borders with Serbia and Croatia and amended its law to provide prison terms for those who break though these barriers. Immigration detention constitutes a key element in its deterrence efforts. While 1,989 non-citizens were detained in 2009, this figure reached 8,562 in 2015. Hungary’s detention practices have attracted sharp criticism from several Council of Europe and UN bodies.