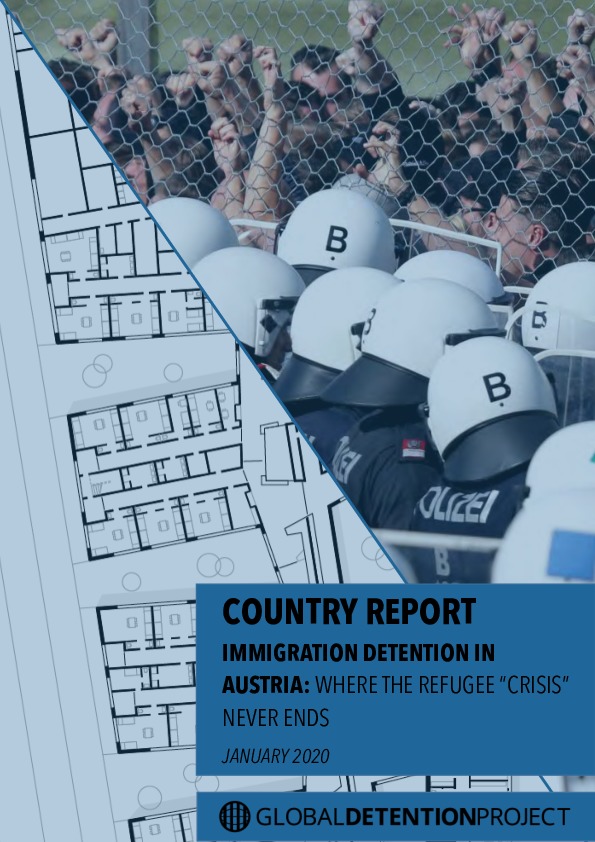 Austria’s domestic politics have long been overshadowed by a divisive and bitter public debate over the treatment of migrants and refugees. This has had an important impact on the country’s detention practices. Despite years of declining detainee numbers prior to the onset of Europe’s short-lived refugee “crisis,” the increase in asylum applications that the country experienced during 2015-2016 became a cause célèbre for resurgent xenophobic political forces, who used the issue to rally support for numerous controversial policies and agendas. These developments have translated into persistent increases in detention numbers long after the “crisis” ended and asylum applications began to plummet to their lowest levels in years.

Austria represents a prima facie case of how the refugee “crisis” of 2015-2016 translated into a seemingly permanent crisis in both political discourse and popular perception across the European Union (EU). The sharp increases in asylum seeker arrivals in Austria and other EU countries that occurred during this period sparked divisive and bitter debates over their treatment. The resultant hostile political environment has had an important impact on policy objectives across the region, aided and abetted by the adoption of key EU migration-related laws and regulations.

In Austria, the “crisis” was—and continues to be—an important driving force behind the emergence of anti-migrant populist political forces, who have used their gains to advocate numerous controversial policies and political agendas. These developments have in turn spurred persistent increases in Austria’s detention and removal efforts despite the fact that the number of asylum applications has been plummeting for several years, returning to levels not seen in nearly a decade.

The Austrian government has also been an important promoter of restrictive policies at the EU level. When the country held the presidency of the Council of the EU in the second half of 2018, it prioritised immigration control and the protection of the EU’s external borders. In September 2018, during a press conference concluding a summit of EU leaders in Salzburg, the Austrian chancellor emphasised fighting irregular immigration by deepening cooperation with North African countries and strengthening Frontex capacities.

Shortly after the onset of the “crisis” in 2015, Austria advanced a host of measures in response to the surge in asylum applications. It introduced temporary controls at its borders with Hungary and Slovenia; imposed additional security measures at its border with Italy; and pushed the idea of building a border fence at the Brenner Pass, a key gateway for people seeking passage to Northern Europe. Although asylum applications have decreased since 2016, and by early 2017 the main migratory route appeared to have shifted from Austria to Switzerland, Austria’s Interior Minister announced a plan to speed up the removal of some 50,000 asylum-seekers—mainly from Iraq, Iran, Afghanistan, and sub-Saharan Africa—by doubling the amount of money it offers to persons who leave voluntarily. In addition, the Aliens Police Act was amended in 2017 to provide an obligation on asylum seekers to reside in designated federal provinces during the asylum procedure, introduced heavier fines and imprisonment for people failing to comply with return decisions, and increased the maximum length of detention for both adults (from four to six months) and children (from two to three months).

In October 2018, the Office of the UN High Commissioner for Human Rights (OHCHR) visited Austria to assess the human rights situation of migrants, with a focus on return-related measures. With respect to immigration detention, OHCHR urged Austria to use detention as a measure of last resort, for the shortest possible period, and only when it is necessary and proportionate; to prioritise non-custodial measures; and to conduct individualised vulnerability assessments when deciding on detention. OHCHR also recommended that the country amend its laws and practices to ensure that children, including accompanied children, are not placed in immigration detention and that authorities instead find alternatives to detention for the entire family.

Efforts to push ever more aggressive immigration policies have continued apace. In 2019, the government announced plans to amend the Constitution to provide for “preventive security detention.” This would greatly expand the government’s detaining powers, allowing for detention without an initial court order of asylum seekers who are deemed potential threats to the public. However, such a constitutional amendment would require a two-thirds majority in Parliament, which presents a formidable obstacle to its adoption.