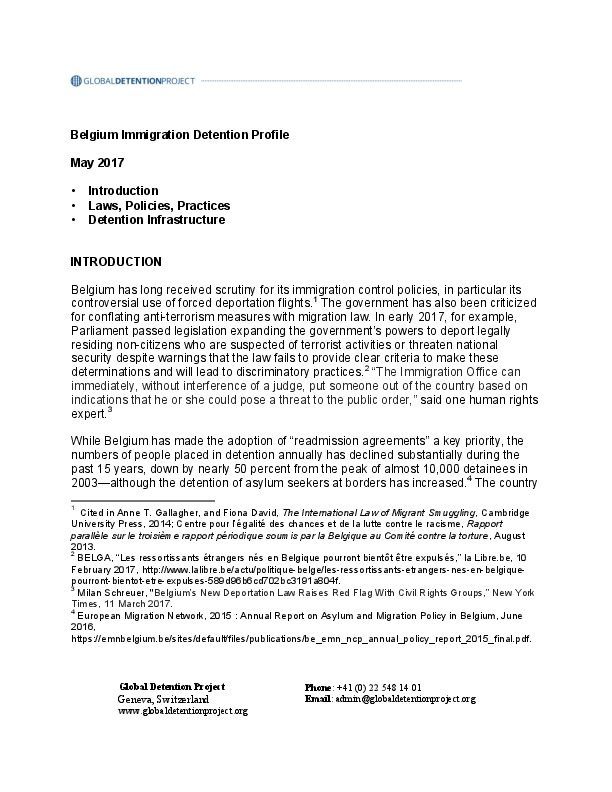 Belgium has long received scrutiny for its immigration control policies, in particular its controversial use of forced deportation flights. However, the numbers of people placed in detention annually has declined substantially during the past 15 years, even as the detention of asylum seekers at borders has increased. The country has also pioneered the promotion of “alternatives to detention” for families. However, this policy suffered an important setback as the government announced that families would again be detained in closed centres starting in 2017.