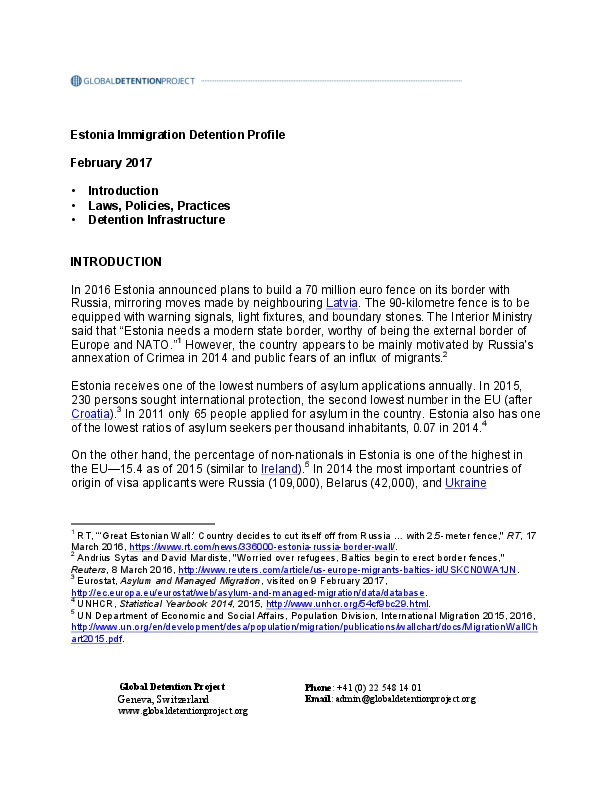 Estonia receives among the lowest numbers of asylum seekers in Europe, but it has one of the highest percentages of non-nationals in the EU as well as a large population of stateless persons. While it places fewer people in immigration detention than its Baltic neighbours, in 2016 the country announced construction of a 70 million euro fence along its border with Russia, spurred by public fears of an influx of foreigners and reflecting a trend seen in other countries located near the EU’s eastern border.