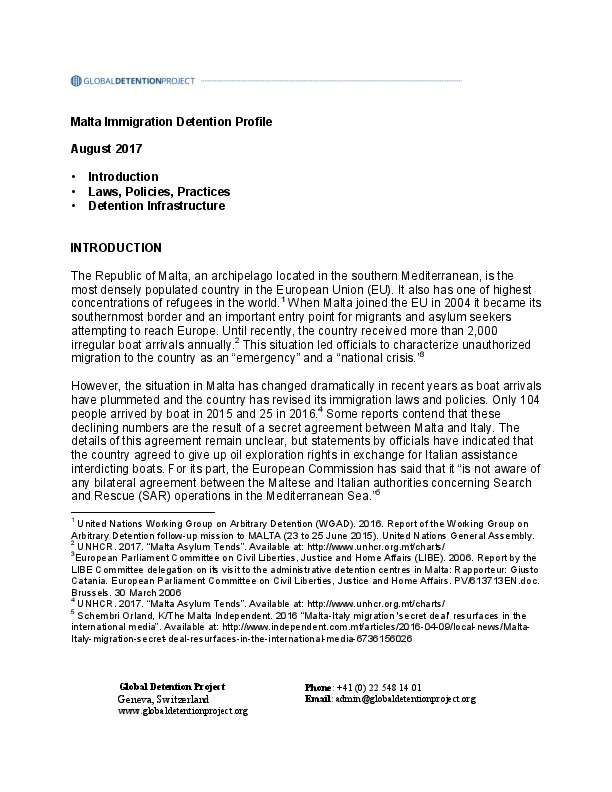 Malta is the most densely populated country in the European Union and has one of the highest concentrations of refugees in the world. Although at one time it served as a key destination for migrants and asylum seekers crossing the Mediterranean Sea en route to Europe, increased efforts to interdict boats have led to a sharp decline in irregular arrivals. In 2015 the country revised several key policies, including ending mandatory detention and adopting new detention measures at initial reception sites.