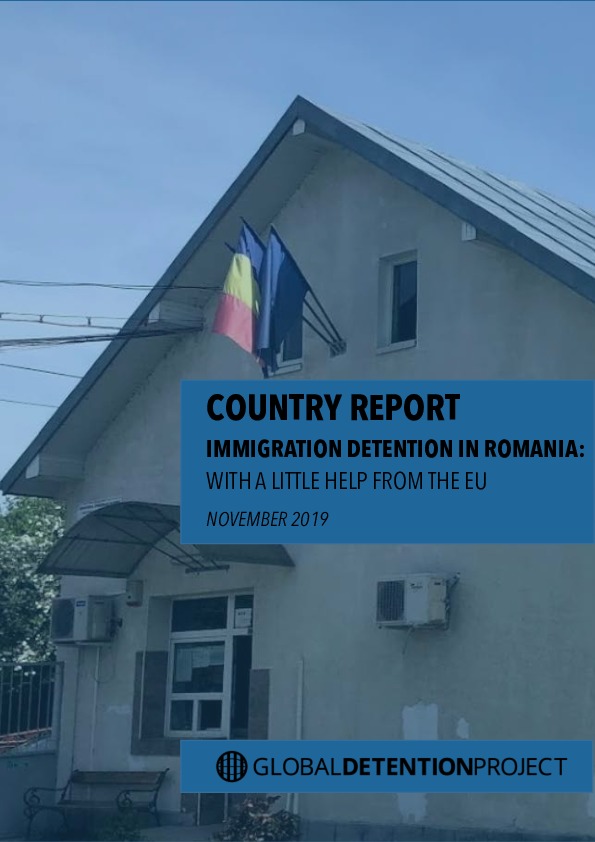 Immigration Detention in Romania (2019 Report): To pave the way for Romania’s entrance into the Schengen area, the EU has helped finance the county’s efforts to boost border controls and restrict how many people it lets in. Nevertheless, Romania’s treatment of refugees and migrants arguably compares favourably to that of its Visegrad neighbours, like Hungary. Observers point to a number of concerns about conditions in Romania’s immigration detention facilities, including their prison-like regimes, lack of mechanisms to identify vulnerable persons, inadequate medical services, and insufficient provision of legal assistance. Read the Romania Immigration Detention Report.

Romania has one of Europe’s weakest economies and remains outside the Schengen area. During the migration “crisis,” it was not an important destination or transit site for the hundreds of thousands of migrants and refugees who entered Europe. However, following the construction of high-tech security fences along the Bulgarian-Turkish border in 2016, as well as increased naval patrols in the Aegean Sea, the country began to witness a steady stream of refugees and asylum seekers arriving via the Black Sea, brought by smugglers attempting to avoid crackdowns elsewhere. Numbers peaked between July and August 2017, when 475 people arrived having undertaken the risky sea crossing.

While the number of arrivals remained small, some observers noted that the country’s authorities were “totally overwhelmed.” Nevertheless, key government officials sought to assuage public anxieties, in contrast to the discourses of fear employed by politicians in neighbouring countries. Romania’s Interior Minister, for example, said at the time: “What I want people to understand very well is this is a phenomenon that we can manage; we are neither hesitant nor overwhelmed.”

Romania’s approach to migration has been shaped by EU integration. In negotiating its 2007 entry to the union, the country significantly modified its immigration policies and strengthened its border control procedures to comply with EU requirements. The country’s position as a potential entry point into western Europe was a key EU security concern. Between 1998 and 2003, the country received 62 million EUR as part of the EU programme of community assistance to central and eastern European countries, with funds used for training personnel and purchasing surveillance equipment. Between 1999 and 2003, it opened two immigration detention centres, and in 2000, authorities amended the country’s asylum law, which was followed by a significant decline in the number of applicants.

Although the EU planned Romania’s accession to Schengen for March 2011, opposition from several EU states has led to delays. Reasons given for this opposition include poor border control, corruption, and the threat of “benefit tourism” involving the country’s Roma population. Romania has still benefitted from the Schengen facilitation fund, which is intended to support the investment that the EU requires to fulfil the Schengen acquis. The country received some 600 million EUR to secure its external EU borders and to implement the Schengen Information System.

While authorities initially opposed the EU refugee quota system—voting with Hungary and Slovakia against the plan—it later agreed to accept 4,200 persons, although by August 2017 only 727 people had been relocated.Already prior to the “refugee crisis,” in 2009, Romania agreed to host an “Emergency Transit Centre” for people in urgent need of evacuation from their first asylum countries. Evacuees can be placed in the centre for up to six months while they await resettlement. The centre, described as “the first of its kind in Europe,” was established in Timișoara, based on a tripartite agreement between Romania, UNHCR, and the IOM. Managed by UNHCR, the centre has a total capacity of 200 (as of 2018), and in recent months, it has housed people evacuated from Libya (303 persons between 2017 and September 2019).

In 2018, Romania endorsed the Global Compact for Migration even as many of its neighbours vehemently opposed the non-binding accord. In a press release, the government stated, “Romania’s action line is based on solidarity, multilateral commitment and the necessity of a collective response and a comprehensive approach towards the challenges of today’s migration. At the same time, it aims at opposing negative outcomes generated by an irregular and ungoverned migration such as xenophobia, intolerance and racism.”