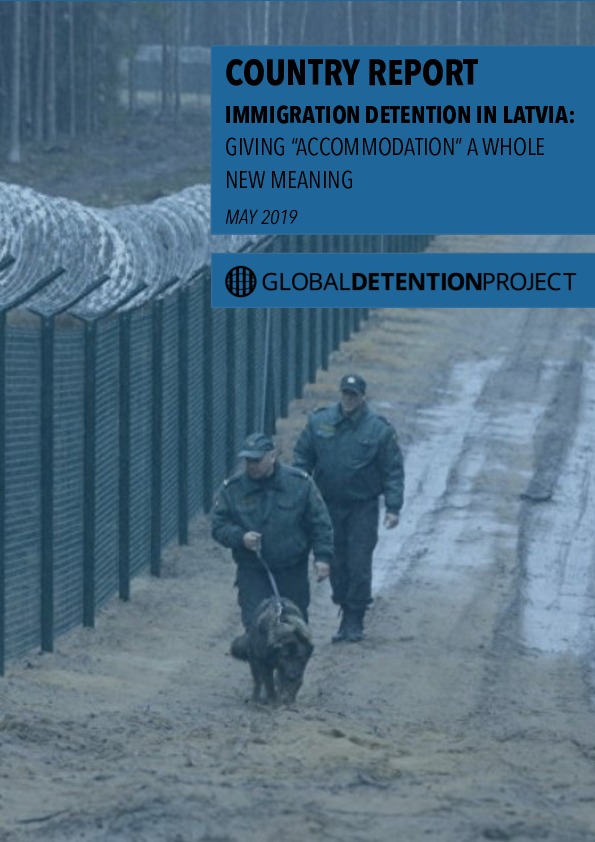 Immigration Detention in Latvia (2019 Report): Although Latvia does not experience significant migratory pressures, the number of immigration detainees and the average length of detention have steadily increased. In 2017, the country opened a second detention facility, misleadingly called an “accommodation centre.” The law provides for the detention of non-citizens for up to 10 days without a court order, the detention of children over the age of 14, and the provision of “alternatives to detention” only for “humanitarian” reasons. Since 2013, four UN human rights treaty bodies have issued recommendations to the country concerning its immigration detention policies. View the Latvia Immigration Detention page. 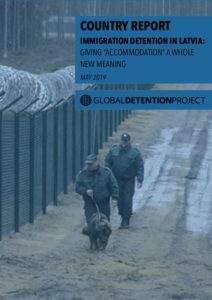 Like other Baltic countries, Latvia is not exposed to the same migratory pressures experienced elsewhere in the European Union (EU). While there was a modest increase in asylum applications between 2015 and 2017, the annual number of applications has dropped sharply since then, to less than 40 (the second lowest in the EU after Estonia.) And yet, the numbers of entry refusals at its borders have doubled since 2016, to 1,685 in 2018. A large proportion of those apprehended at the border are Vietnamese who intend to transit Latvia en route to Poland.

When apprehensions at the borders with Russia and Belarus increased in 2015, from 265 to 745—an extremely small number in the EU context—the country’s public broadcasting service labelled it a “cause for alarm.” The country is constructing a 90-kilometer fence along its border with Russia, due to be completed in 2019 at an estimated cost of 17 million EUR. According to Latvia’s Ambassador to Russia, “This fence is 100 percent aimed against illegal immigration.” The Interior Ministry argues that the fence is intended to “fortify Latvia’s outer border, which is concurrently the EU’s outer border as well.” Plans have also been made to build a 120-kilometre fence along the border with Belarus, at a cost of 10.5 million EUR. In 2017, Latvia doubled detention capacity by opening a second “accommodation” centre in Mucenieki. The number of immigration detainees has increased considerably in recent years, from 263 in 2014 to 671 in 2016.

Despite the small scale of immigration detention in Latvia, four UN human rights treaty-monitoring bodies have voiced concern about the country’s immigration detention laws and practices since 2013. The particularly controversial elements that have been flagged include the fact that non-citizens can be detained for an initial 10-day period without court authorisation, that children over the age of 14 can be detained, that alternatives to detention are only granted for “humanitarian considerations,” and that there are a lack of provisions preventing re-detention.