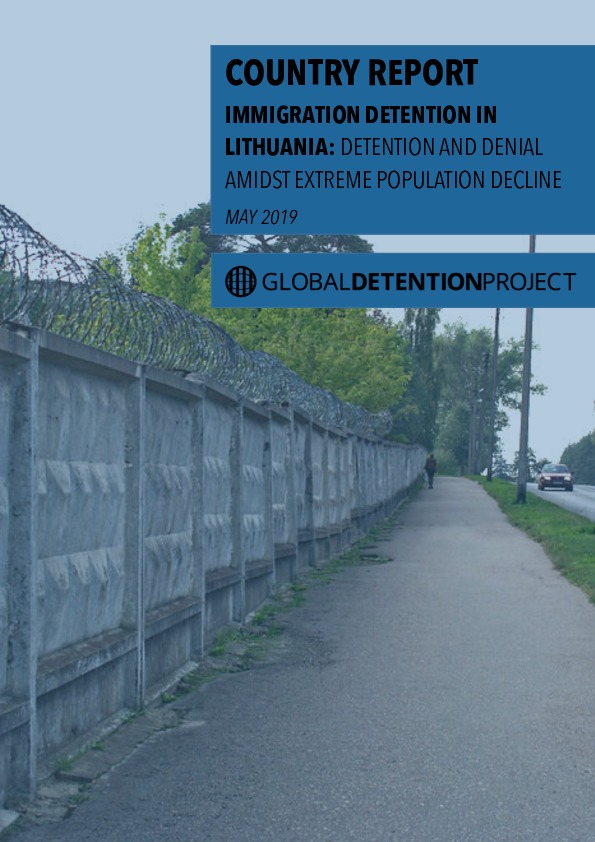 Immigration Detention in Lithuania (2019 Report): Asylum applications in Lithuania have decreased significantly in the last few years even as entry refusal rates at the country’s borders have skyrocketed, increasing by some 80 percent since 2013. The country’s restrictive asylum legislation, which provides for the detention of asylum seekers, has received criticism from several UN human rights bodies. Lithuania operates one immigration detention centre, which in the past was been denounced for its poor conditions, over-crowding, and disproportionate use of force. Non-citizens applying for asylum at the border may in some cases be held at entry points or transit zones for up to four weeks in facilities that have been criticised as unsuitable for detention purposes. View the Lithuania Immigration Detention Profile Page. 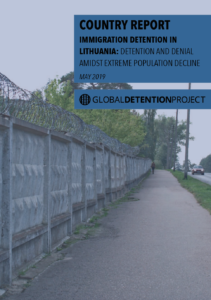 Lithuania is a Baltic state situated at a crossroads connecting Eastern Europe, Scandinavia, and Russia. Low wages and poor employment prospects have led to severe demographic decline. Since joining the European Union (EU) in 2004, the country’s population has decreased by 500,000, falling to under three million.

The number of migrants living in Lithuania has also fallen, from approximately 214,000 in 2000 to 125,000 in 2017. And yet, the country remains among the worst performers with respect to its integration policies, according to the Migrant Integration Policy Index. Annually, only some 400 people apply for asylum in the country, which is among the lowest rates in the EU. People from Russia and Belarus generally constitute the top two nationalities of asylum applicants.

The country also refuses entry to increasing numbers of people. In the past five years refusals have nearly doubled, from to 2,865 in in 2013 to 5,180 in 2017 (a figure similar to Romania).

Approximately 2,000 people are apprehended annually for immigration purposes, while fewer than 200 were placed in detention in 2017. The top source countries of apprehended people are Belarus, Russia, Ukraine, and Vietnam. In 2017, 1,860 people were deported.

The country has one dedicated detention centre, the Pabrade Detention Centre (also known as the Foreigners Registration Centre), which is located north-east of Vilnius. The facility has attracted widespread criticism in recent years due to its poor conditions, repeated allegations of disproportionate use of force, and over-crowding. The centre is undergoing renovations, which are due to be completed by 2022. The renovation reportedly will cost approximately 6.4 million EUR, 90 percent of which is to be provided by the EU.

In addition to the Pabrade centre, non-citizens who apply for asylum at the border and are subject to accelerated asylum procedures may be held at border crossing points and in transit zones for up to 28 days. According to the UNHCR, the border procedure may fall short of international standards because it does not have sufficient safeguards against unlawful or arbitrary detention. According to the ombudsman, the State Border Guard Service oversees 70 facilities where non-citizens may be detained in the course of border procedures.