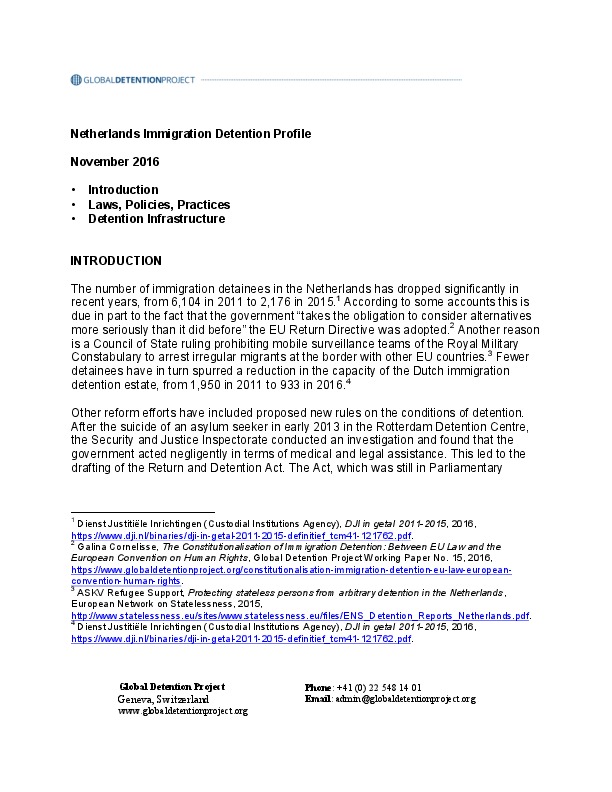 In contrast to many of its European neighbours, the Netherlands has sharply reduced its immigration detention capacity as a result of decreasing numbers of immigration detainees. Some observers argue that these decreases are in part due to the fact that the government “takes the obligation to consider alternatives more seriously” than it did before the EU Returns Directive was adopted. On the other hand, detention numbers have soared in Kingdom of Netherlands’ Caribbean outposts, Curaçao and Aruba, as Venezuelans flee their failing economy in droves.