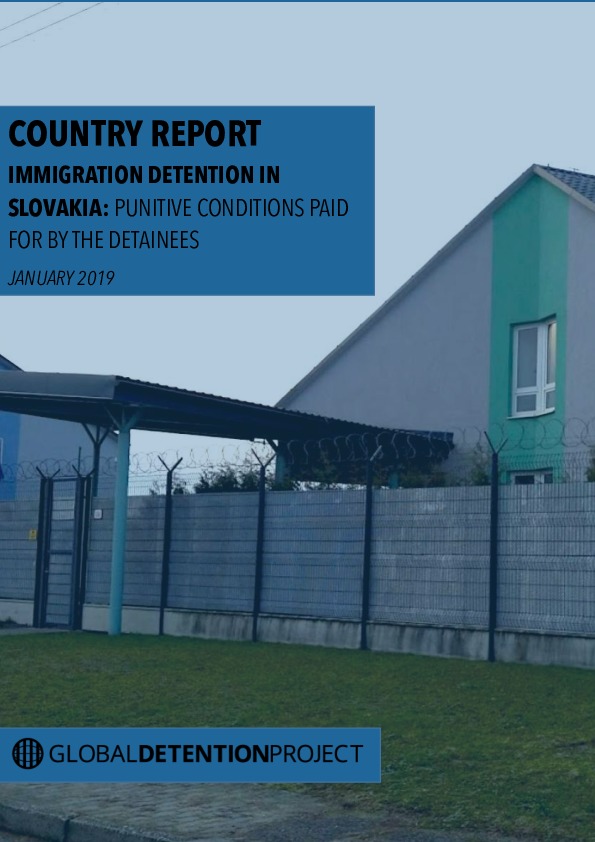 Immigration Detention in Slovakia (2019 Report): Since the onset of the “refugee crisis,” Slovakia has pursued restrictive immigration policies and employed anti-migrant rhetoric, despite the fact that the country has not faced the same migratory pressures as its European neighbours. Rarely granting alternatives to detention due to strict eligibility criteria, non-citizens are held in facilities that observers have described as punitive in nature, and where detainees are required to pay for their own detention. Monitoring bodies have also raised concerns that the country’s legislation enshrines a presumption of majority in cases of age disputes, resulting in some unaccompanied children being held alongside unrelated adults as they await the results of bone analyses. View the Slovakia Immigration Detention Profile Page. 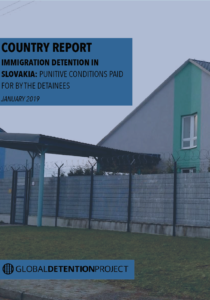 Like its Visegrad group counterparts—the Czech Republic, Hungary, and Poland—Slovakia has pursued extremely restrictive immigration policies and employed anti-migrant rhetoric since the onset of the “refugee crisis” in 2015. Former Slovak Prime Minister Robert Fico once described EU migration policy as “ritual suicide” because it failed to halt the influx of irregular migrants. Despite the fact that Muslims make up only 0.1 percent of the population, Slovakia has witnessed a surge in Islamophobic discourse and hate crimes. Extremist groups have established paramilitary groups called “Slovak Reserves” to protect the country from “enemies,” including refugees.

Slovakia filed a lawsuit at the Court of Justice of the European Union challenging the EU’s mandatory relocation scheme—under which Slovakia was expected to accept 802 asylum seekers—claiming that the quotas per country were “nonsensical and technically impossible.” The lawsuit was eventually dismissed by the Court.

The country’s hostile attitude towards refugees is belied by the fact that Slovakia has been largely shielded from migration pressures because it is not located on the main migration routes into western Europe, especially after Hungary sealed its border with Serbia and the March 2016 EU-Turkey deal came into effect.

Economic motives have spurred Slovakia to adopt a more Euro-friendly posture as the refugee “crisis” has subsided, distancing itself from its closest neighbours. In 2018, Slovakia opted not to vote on the Global Compact for Safe, Orderly and Regular Migration while the Czech Republic, Poland, and Hungary voted against it.

Between 2016 and 2018, four UN human rights treaty bodies criticised Slovak immigration detention practices. In general, the most problematic aspects of the country’s laws and practices include detention centres’ prison-like environments, the fact that the presumption in favour of majority is applied to unaccompanied children, stringent conditions concerning eligibility for non-custodial alternatives to detention resulting in infrequent granting of alternatives, systematic detention of families with children, and the requirement for detainees to pay the costs of their own detention.