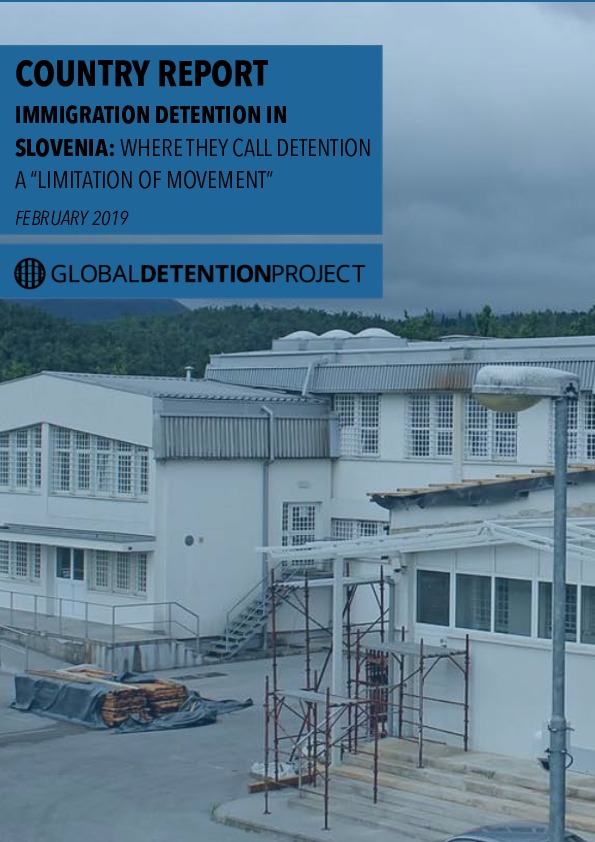 Immigration Detention in Slovenia (2019 Report): A key transit country for refugees and migrants travelling the “Balkan Route,” Slovenia witnessed a significant increase in the number of border crossings during the “refugee crisis.” Citing fears of a “humanitarian catastrophe,” the country tightened immigration controls, erected wire fencing along its border with Croatia, and introduced stringent new asylum legislation. Non-citizens have a mere three days to appeal their detention and detainees must pay the cost of their confinement. Additionally, unaccompanied children and families are regularly placed in the country’s sole immigration detention centre, and “alternatives to detention” are rarely used because migrants can’t afford to pay for private accommodation. View the Slovenia Immigration Detention Profile Page. 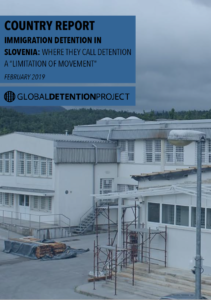 Since its independence in 1991, Slovenia has been an important destination for nationals of other ex-Yugoslav countries—particularly Bosnia and Herzegovina, Serbia, Kosovo, and Macedonia—as well as nationals from both Russia and China. More recently, Slovenia became a transit and (to a lesser degree) destination country for asylum seekers and migrants travelling in an undocumented manner during the “refugee crisis.”

In September 2015, when Hungary completed a border fence and closed crossing points with Croatia and Serbia, refugees and migrants travelling the “Balkan Route” were diverted through Slovenia, leading to a sudden increase in border crossings—with some 5,000 arriving daily. Two months later, Austria and Germany—the main destination countries for refugees—began implementing their own stricter border controls, prompting concerns that thousands would become stranded in Slovenia. Worried that up to 30,000 migrants would be stuck in the country, Slovenia’s prime minister said: “It’s a big number. If we don’t act now, we could have a humanitarian catastrophe on the territory of Slovenia.”

The country responded by building more than 160 kilometres of wire fence along its border with Croatia and passing a widely criticised amendment to the Act on International Protection aimed at reducing the arrival of asylum seekers and limiting their stay. The amended act provides admissibility procedures at the border and widens the scope of application of the “safe third country” principle to allow for the return of asylum seekers to transit countries, which watchdog groups argue leads to violations of refugees’ and asylum seekers’ rights. In 2017, the Slovenian National Assembly passed amendments to the Aliens Act that allow the state to adopt emergency measures during times of mass arrivals (Article 10b). According to experts, the new measures allow for the effective closure of borders and increased police powers when there is a “changed migration situation” that ostensibly threatens the country’s security.

While the number of migrants and asylum seekers in Slovenia has increased in the past few years, it may be misleading to characterise the situation as a “mass influx.” In 2017, the country apprehended 4,180 non-citizens without a right to stay (a figure comparable to Cyprus) and in 2016 2,475 were apprehended. By comparison, during 2014-2015, the number of apprehensions was between 1,000 and 1,500.

The country operates one long-term detention centre, the Postojna Centre for Foreigners, as well as one reception centre (or “Asylum Home”) that in practice partially functions as a detention facility. The material conditions in the Postonja detention centre are generally considered adequate. However, several shortcomings in relation to detention have been observed, including the accommodation of asylum seekers upon arrival in an “Asylum Home” pending registration for a few days on average in conditions that may amount to de facto detention (because they are held in the reception area of the building without access to its other parts). Also notably, children and families are often placed in immigration detention, detainees are obliged to pay for the costs of their detention, and migrants are rarely offered non-custodial “alternatives to detention” because they cannot afford the costs, which include paying for private accommodation.