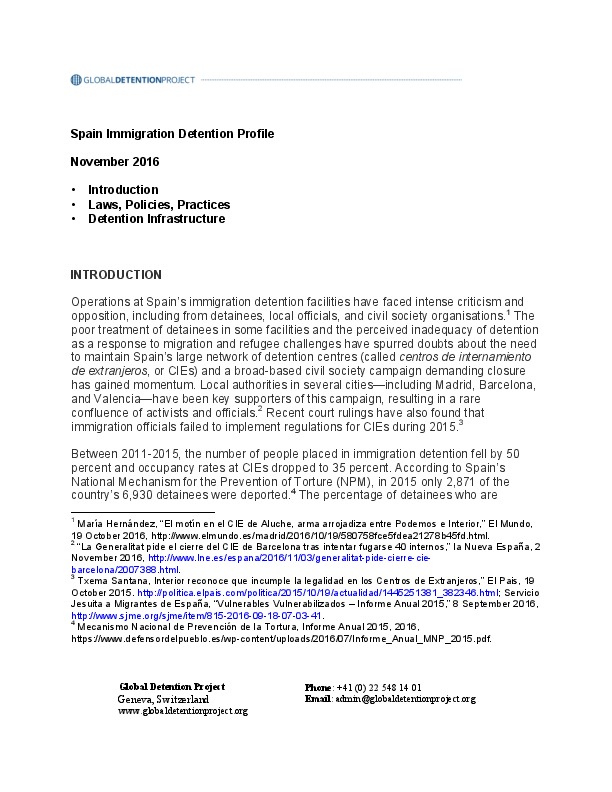 Immigration detention in Spain has declined considerably during the last five years, decreasing by some 50 percent. At the same time, the numbers of “pushbacks” at the borders of Spain’s enclaves in Africa have reportedly increased. The poor treatment of detainees in some detention facilities and the perceived inadequacy of detention as a response to migration and refugee challenges have spurred calls by activists and local officials to close the country’s network centros de internamiento de extranjeros, or CIEs.