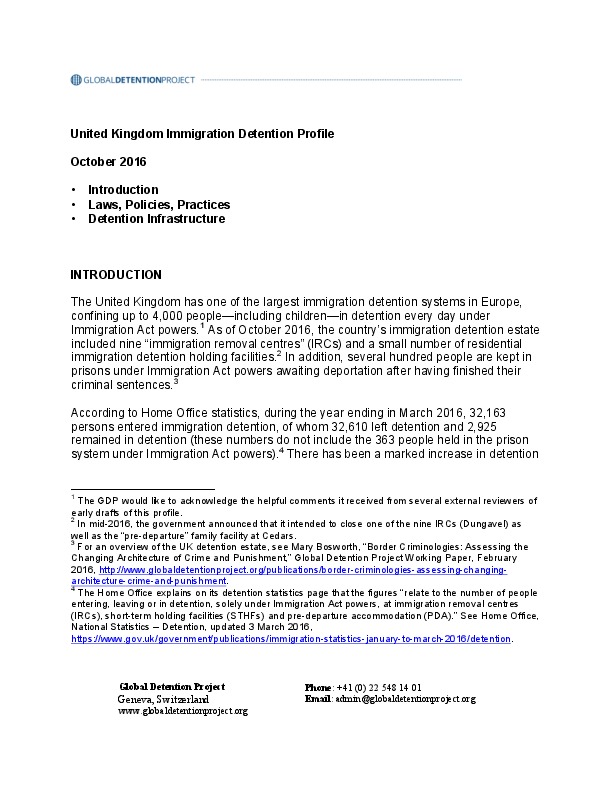 The UK’s immigration detention system, one of the largest and most heavily scrutinized in Europe, has been the target of numerous lawsuits, investigations, and public demonstrations. While a recent Home Office-commissioned report called for reducing “boldly and without delay” the detention of certain groups of non-citizens, the new Immigration Act 2016 fails to include many sought after reforms. Some 30,000 people—including asylum seekers, pregnant women, and children—are detained every year in the country’s privatised “immigration removal centres.”