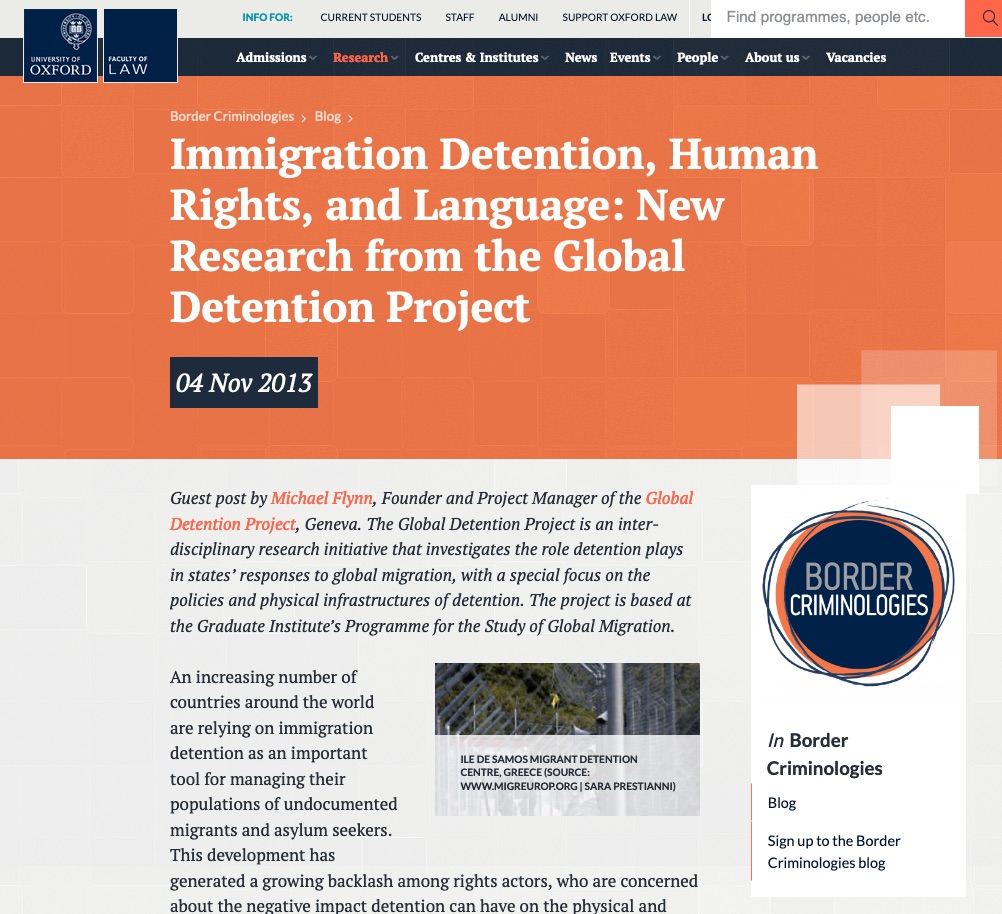 An increasing number of countries around the world are relying on immigration detention as an important tool for managing their populations of undocumented migrants and asylum seekers. This development has generated a growing backlash among rights actors, who are concerned about the negative impact detention can have on the physical and psychological wellbeing of migrants. Analysis of how states have responded to criticism of their detention practices raises a number of disquieting questions: