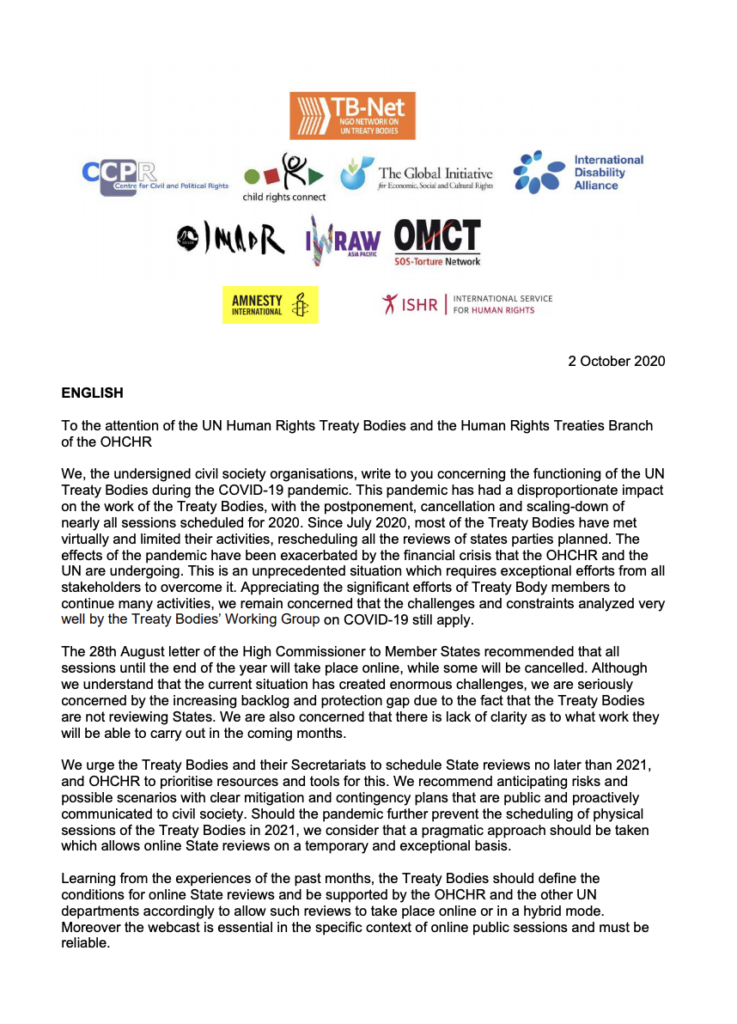 The GDP has joined more than 520 NGOs to urge the Human Rights Treaty Bodies and the Office of the UN High Commissioner for Human Rights (OHCHR) to schedule State reviews no later than 2021 and to communicate clearly to civil society in advance about their up-coming work.

While noting that the COVID-19 pandemic has created enormous challenges, the letter expresses concerns regarding the increasing backlog of reviews as well as the resultant protection gap due to the fact that Treaty Bodies have not been reviewing states.

“We urge the Treaty Bodies and their Secretariats to schedule State reviews no later than 2021, and OHCHR to prioritise resources and tools for this. We recommend anticipating risks and possible scenarios with clear mitigation and contingency plans that are public and proactively communicated to civil society. Should the pandemic further prevent the scheduling of physical sessions of the Treaty Bodies in 2021, we consider that a pragmatic approach should be taken which allows online State reviews on a temporary and exceptional basis.”