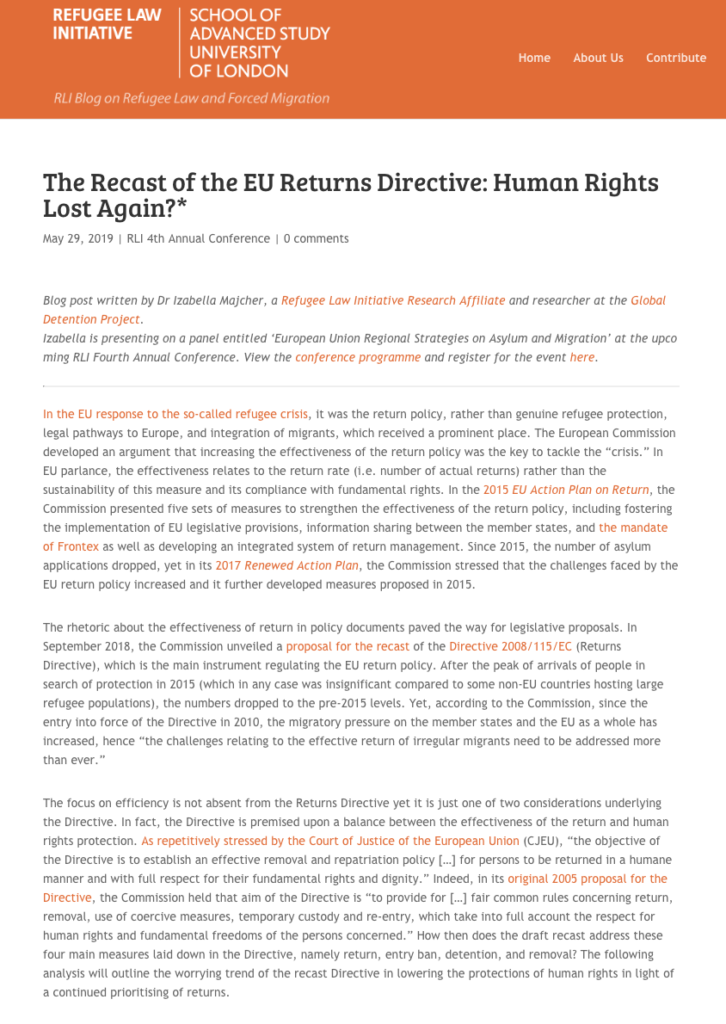 In the EU response to the so-called refugee crisis, it was the return policy, rather than refugee protection, that received most prominence. The European Commission (EC) argued that promoting the effectiveness of returns would help solve the “crisis,” – and this “effectiveness” related to the number of returns, rather than compliance with fundamental rights. Although the numbers arriving in Europe in search of protection dropped post-2015, the EC has continued to maintain that challenges relating to return “need to be addressed more than ever,” and thus, in September 2018, the commission unveiled a proposal for the recast of the Directive 2008/115/EC (Returns Directive).

In a blog post for the Refugee Law Initiative, GDP Researcher Izabella Majcher examines the recast of the Returns Directive and its trend in lowering the protection of fundamental rights. Amongst the issues that Majcher identifies are limitations in procedural standards; amendments to criteria justifying a risk of absconding that will lead to more systematic detention; and restrictions to voluntary departures. Highlighting that the commission’s security approach trumps human rights safeguards, Majcher warns “adopting provisions falling short of international human rights norms shows a double standard of the EU, typically keen on giving lessons on human rights to other world regions. … Since the European countries are commonly regarded as upholding democratic, their practices at variance with human rights norms risks undermining the whole UN system of human rights protection.”