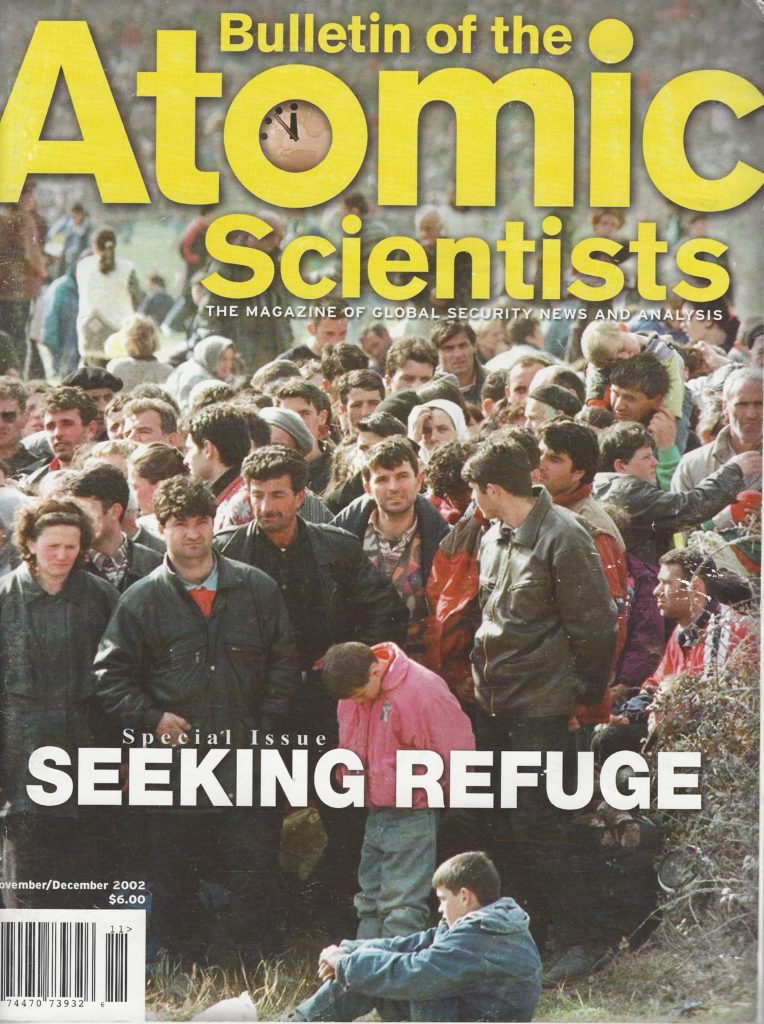 “Of the planet’s more than 6 billion people, some 240 million are on the move, fleeing war, persecution, poverty, environmental degradation, or just seeking a better life.”

You’ll find their names on page two of every issue of the Bulletin: Albert Einstein, Hans Bethe, Rudolf Peierls, Leo Szilard, Victor Weisskopf, and James Franck. Besides having served on the Bulletin‘ s board of sponsors, these individuals share much in common. They were some of the most distinguished physicists of the twentieth century. All except Einstein were members of the Manhattan Project, the secret U.S. government program that produced the first atomic bombs; all were involved in efforts to fight the spread and use of nuclear weapons after World War II; and all fled their countries because of Nazi persecution.

In other words, these men were refugees. But at the time of their flight—in the 1930s—there was no established international system aimed at aiding and protecting those who were forcibly displaced from their homes and countries. While these scientists were among those who were able to find refuge abroad, by the end of World War II, Europe had more than 40 million displaced persons. …

Read “SEARCHING FOR SAFE HAVEN,” the Introduction to the Bulletin of the Atomic Scientists 2002 Special Issue on Refugees.