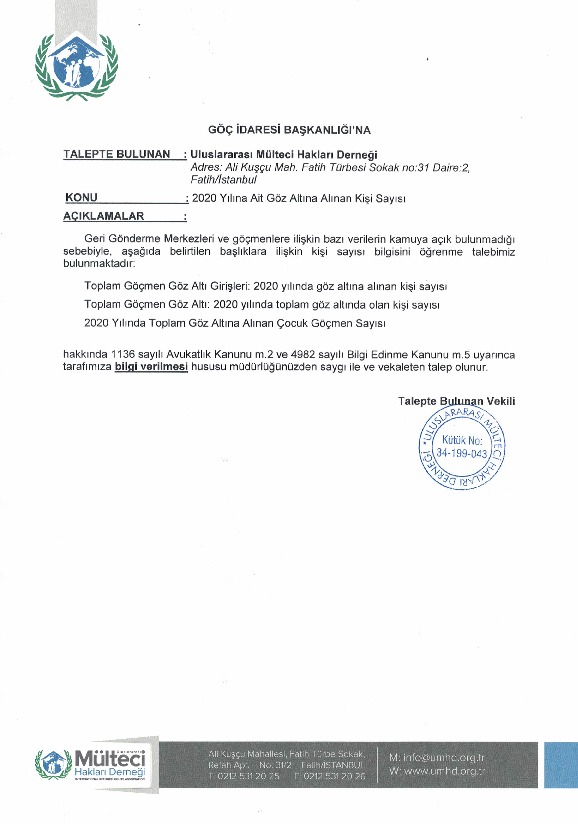 In September 2022, the Istanbul-based International Refugee Rights Association (IRRA) submitted three freedom of information (FOI) request’s to Türkiye’s Presidency of Migration Management regarding the country’s immigration detention practices. The access to information requests were issued as part of IRRA’s participation in the Global Detention Project’s “Global Immigration Detention Observatory” project, which seeks to build empirical data and information about immigration detention systems around the world to support calls for reforms in migration-related enforcement practices.

As of October 2022, the GDP and IRRA had not received a response from the Presidency of Migration Management.

The FOIs requested the following information:

Removal Centres (the below information was requested for each removal centre for the years 2018, 2019, and 2020)

Information regarding the treatment of Afghan refugees

As of October 2022, the GDP and IRRA had not received a response from the Presidency of Migration Management.