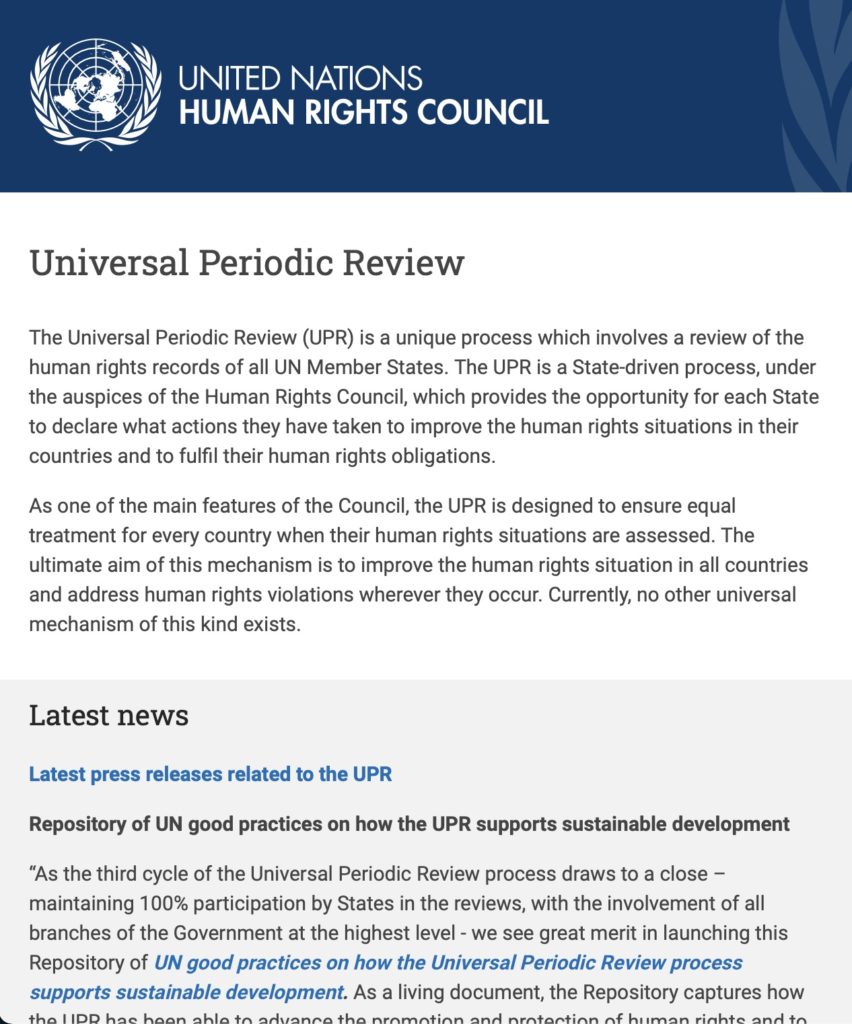 In March, the GDP worked with partners in four countries—Poland, India, South Africa, and Morocco—to prepare submissions for the 41st Session of the Human Rights Council Universal Periodic Review (UPR).

On Poland, we collaborated with the Association for Legal Intervention (Poland), Lambda Warsaw (Poland), and Birmingham City University (UK) to prepare a submission for Poland’s 4th cycle review, which focused on the treatment of refugees, asylum seekers, and migrants, including the use of immigration detention. The submission highlights Poland’s response to the nearly three million refugees from Ukraine who have fled to the country in the past months, as well as the ongoing situation and treatment of migrants on Poland’s border with Belarus. In particular, we draw attention to the pushbacks and ill-treatment of migrants attempting to cross into Poland from Belarus, the increased use of immigration detention in Poland, including the routine detention of accompanied and unaccompanied children, and discriminatory treatment of non-Ukrainian refugees fleeing to Poland, including their detention.

In Morocco, the GDP worked in partnership with the Groupe antiraciste d’accompagnement et de défense des étranger·e·s et migrant·e·s (GADEM) to raise concerns about the treatment of migrants, asylum seekers, and refugees in Morocco in preparation for its 4th cycle UPR review. The submission underscores the lack of progress in implementing a new asylum and migration law, the harsh treatment of migrants along Morocco’s border areas with the EU, especially the Spanish enclaves of Cueta and Meililla, and the round-ups, arrests and forcible relocation of migrants, including women and children, away from border areas in the north of the country, to the south of Morocco, where most of them were arbitrarily detained.

The GDP’s submission on India, made in partnership with the Asia Pacific Refugee Rights Network (APRRN) and the Geneva-based World Organisation Against Torture (OMCT), highlights human rights concerns with India’s immigration detention system, including lack of judicial review and indefinite detention, lack of legal aid for detainees, poor detention conditions in India’s detention centres, inadequate monitoring, and the lack of protection for women and children held in immigration detention. The submission recommends, inter alia, that India end arbitrary and indefinite detention, provide judicial review and legal aid, and cease the detention of children.

All the submissions highlight the impact of COVID-19 on migrants, refugees, and asylum seekers and provide targeted recommendations for reform. The submissions are to be considered, alongside State party and other stakeholder reports, at the meeting of the UPR Working Group in November 2022.