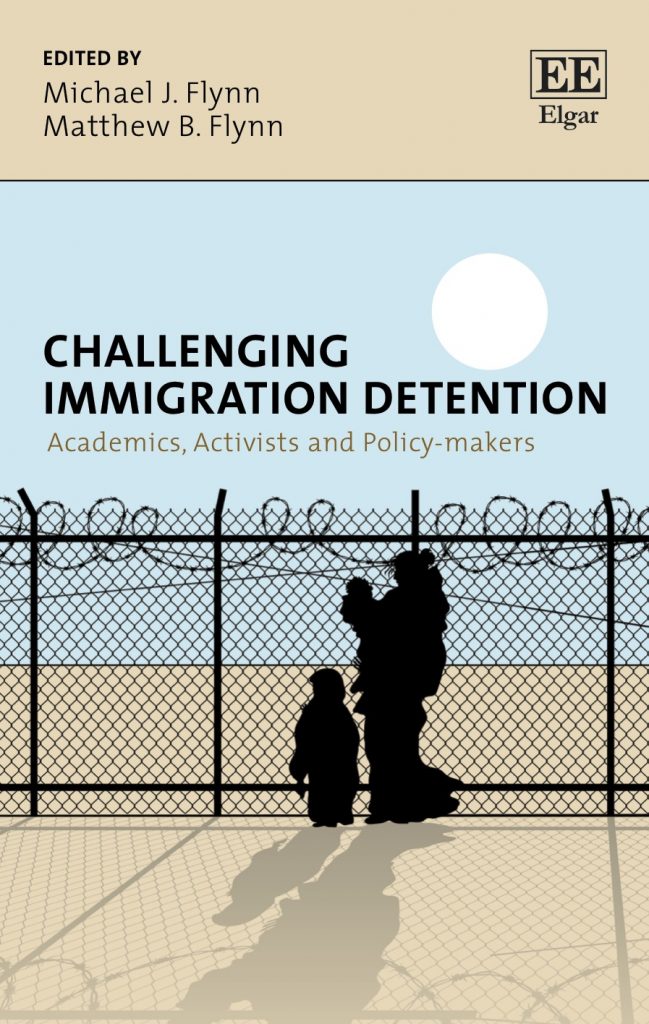 About: Governments increasingly rely upon detention to control the movement of undocumented migrants and asylum seekers. The deprivation of liberty of non- citizens due to their undocumented or irregular status is often fraught with gross injustices. This book, edited by Michael Flynn (Global Detention Project) and Matthew Flynn (Georgia Southern University), stresses the need for global policy-makers to address these practices in order to ensure compliance with fundamental human rights and prevent detention abuses. Approaching detention from an interdisciplinary perspective, this volume brings together leading writers and thinkers to provide a greater understanding of why it is such an important social phenomenon and suggest ways to confront it locally and globally. More information about the book is available from Edward Elgar Publishing, at http://www.e-elgar.com/shop/challenging-immigration-detention.

“This is an excellent book on the highly topical subject of immigration detention. The contributors are experts in the field and their work together creates impressive new knowledge.”

“The resort to immigration detention of asylum seekers and migrants is a global phenomenon that breaches fundamental human rights. In Challenging Immigration Detention the authors examine the impact on families and their children held in detention in the United States, Australia, the European Union and South America. This collation of research is an invaluable tool in responding to the growing movement of peoples across national borders in search of safety and a better life.”

1. Waging Accountability: Why Investigative Journalism Is Both Necessary and Insufficient to Transforming Detention
Nina Bernstein

2. Women and Children First: An Inside Look at the Challenges to Reforming Family Detention in the United States
Dora Schriro

6. Turning Detention Centers Inside Out: The “Infiltrations” of the National Immigrant Youth Alliance in Sociological Perspective
Claudia Muñoz and Michael P. Young

10. Capitalism and Immigration Control: What Political Economy Reveals about the Global Spread of Detention
Matthew B. Flynn

12. Detention and Transnational Law in the European Union: Constitutional Protection between Complementarity and Inconsistency
Galina Cornelisse

13. Back to Basics? The Limited Use of Immigration Detention in South America. An interpretation based on International Human Rights Treaties and Principles
Pablo Ceriani

15. The Many Sides to Challenging Immigration Detention
Michael J. Flynn