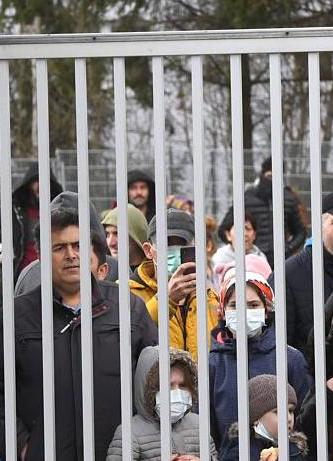 As the coronavirus pandemic changes the lives of societies around the world, so too must it spur consideration for how countries are choosing to treat people in their custody for immigration- or asylum-related reasons. This need is all the more pressing given how leaders in many countries have begun capitalising on the disease’s spread to fuel anti-migrant narratives and curb migrants’ rights to protection. While there is no evidence indicating that desperate refugees are bringing this disease into their countries of refuge, there is a real concern that the disease can spread into marginalised refugee and migrant communities, where access to medical treatment is severely limited or even non-existent.

For migrants and refugees placed in detention centres, the situation is even more stark. Often confined in overcrowded and squalid conditions where the only option for “social distancing” is to place persons in full isolation, detainees are particularly vulnerable to the spread of disease. As the GDP has regularly reported, immigration detainees are frequently confined in facilities with inadequate sanitary provisions and limited health care, and all too often they are forced to share rooms with countless others. Concerns for those confined in facilities such as Moria in Greece have become so pressing that organisations like Medecins sans Frontieres have called on authorities to evacuate migrants and refugees immediately.

In light of this situation, we wholeheartedly endorse the calls by scholars and activists around the world for officials to redouble their efforts to—as our friends at Border Criminologies stated over the weekend—”emphasise the requirement for migrant groups to be treated with humanity, dignity and respect during these difficult and uncertain times.” We also reiterate their call for “intensified use of testing in detention, and for immigration authorities to exercise their powers to use leeway for release where available and appropriate.”