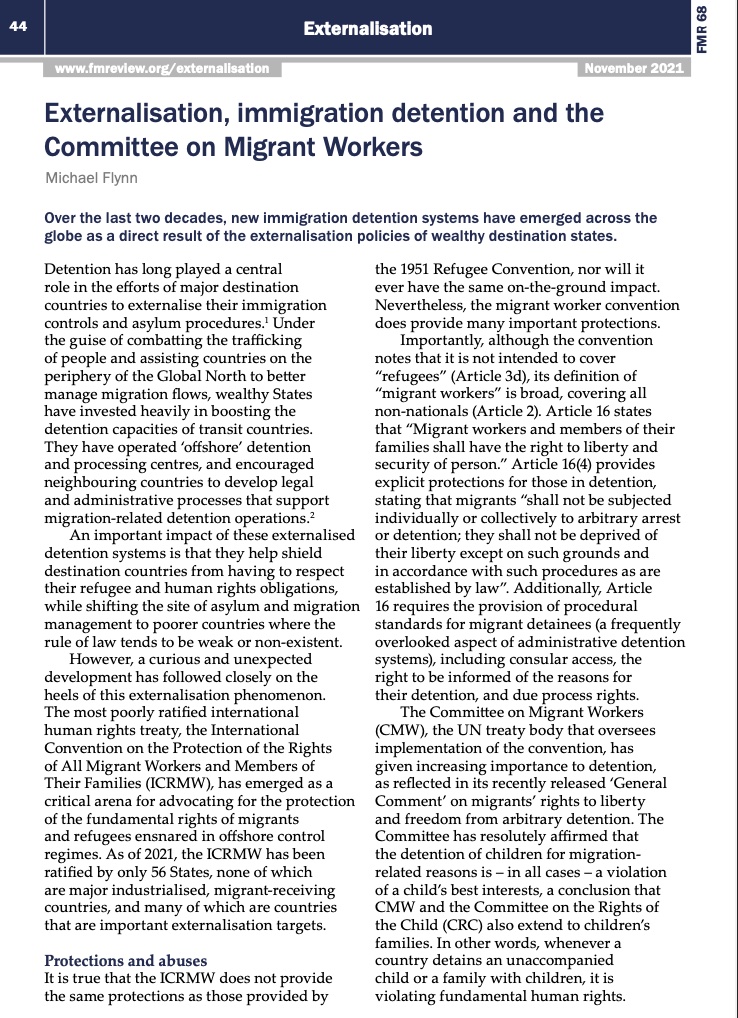 Detention has long played a central role in the efforts of major destination countries to externalise their immigration controls and asylum procedures. Under the guise of combatting the trafficking of people and assisting countries on the periphery of the Global North to better manage migration flows, wealthy states have invested heavily in boosting the detention capacities of “transit countries,” building “offshore” detention and processing centres, and encouraging neighbouring countries to develop legal and administrative processes that support migration-related detention operations. As a result, over the last two decades we have witnessed the emergence of new detention archipelagos that straddle the globe, representing a very tangible—and menacing—barrier separating lands wracked by poverty and turmoil from the wealthier societies sought by many of the world’s migrants, refugees, and asylum seekers. However, a curious and unexpected development has followed closely on the heels of this externalisation phenomenon: The most poorly ratified international human rights treaty, the International Convention on the Protection of the Rights of All Migrant Workers and Members of Their Families (ICRMW), has emerged as a critical arena for advocating for the protection of the fundamental rights of migrants and refugees ensnared in offshore control regimes.