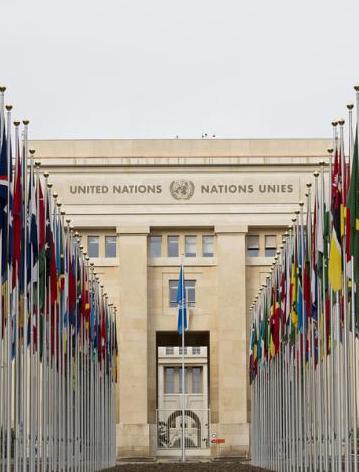 On 14 April, the UN Committee on the Rights of Migrant Workers (CMW) held an informal meeting with states and other stakeholders, in which participants discussed the effects of the COVID-19 pandemic on migrants and ratification of the Convention, among other topics.

During the meeting, committee members emphasised the pandemic’s disproportionate impact upon migrant workers – among other concerns, committee Chairperson Can Ünver pointed to the deportation of large numbers of migrants during the pandemic – and highlighted the need for states to guarantee that their response to the pandemic benefits all and respects migrant workers’ rights. Committee experts also noted the limited ratification of the Convention by migrant-receiving countries, such as the United States and members of the European Union.

During the meeting’s ensuing discussion, the GDP’s executive director took to the floor to voice eagerness for the upcoming publication of the General Comment No.5 on migrants’ right to liberty and freedom from arbitrary detention. This general comment, he argued, will be a critical piece that could contribute to upholding migrants’ rights. The GDP also emphasised the need to ensure necessity and proportionality for all detention decisions, and the valuable role that alternatives to detention (ATDs) can play in encouraging this.

More information about the event is available here.

GDP Submission to the UN Committee on Migrant Workers: Draft General Comment No.5 on Migrants’ Right to Liberty and Freedom from Arbitrary Detention

GDP Submission to the UN Committee on Migrant Workers: Chile

GDP Submission to the UN Committee on Migrant Workers: Morocco