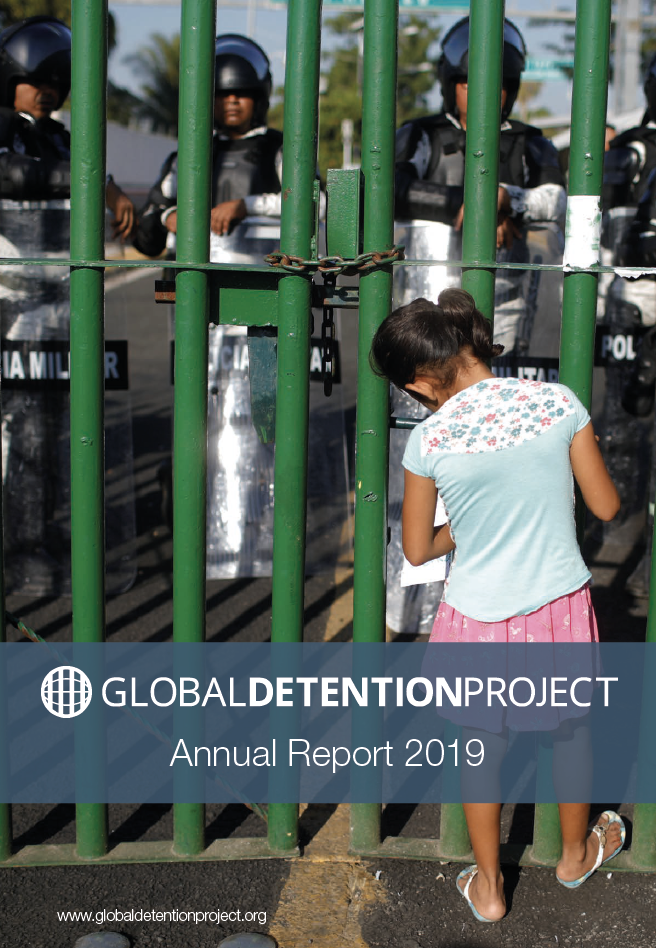 From the President and the Executive Director

Late in the evening of 2 July 2019, as forces loyal to Libyan “warlord” Khalifa Haftar intensified their offensive in western Libya, an airstrike hit an old storage hanger in the outskirts of Tripoli that was attached to the Tajoura Detention Centre. Locked inside the hanger were more than a hundred migrants, refugees, and asylum seekers, most of whom had been apprehended by the country’s coastguard as they attempted the dangerous crossing to Europe. The UN called the attack, which resulted in the death of more than 50 people, “a war crime.”

In many ways, however, the Tajoura bombing was not only a war crime. It was also a stark reminder of the deadly consequences of European efforts to prevent refugees from reaching its borders, including by supporting migrant interdiction and detention in countries that are wracked by violence, war, and lawlessness. The bombing should also be seen as a grisly symbol of the ineffable retreat of countries across the globe from their human rights obligations with respect to some of the planet’s more vulnerable people. From Australia’s on-going disregard for the rights of refugees ensnared in its offshore processing system to the escalating controls implemented by the United States on its border with Mexico—where hundreds of thousands of children were detained last year—it is clear that many of the world’s leading liberal democracies continue to be captivated and motivated by the fear of a never ending refugee and migration “crisis.”

This ethos of fear and containment can also be discerned at the international level, where new initiatives have been launched and important studies completed in the past year. In December, the long-awaited UN Global Study on Children Deprived of Liberty was released. As we discuss later in this report, the study’s advisory team, which included GDP staff members, encouraged the study’s authors to consider the latest recommendations of the UN Committee on the Rights of the Child and other human rights agencies with respect to child detention practices. The final version of the Global Study cites statements from these international bodies, arguing that they “illustrate an emerging international consensus that the immigration detention of children for purely migration-related reasons is prohibited under various articles of the [Convention on the Rights of the Child].” The study marks the first time that a concerted effort has been made to comprehensively calculate the numbers of children in all forms of detention around the globe. And yet, although the Independent Expert issued questionnaires to all countries, only 92 countries responded, and only 42 countries answered questions concerning children in migration-related detention.

Also in December, the new UN Network on Migration—the mechanism created by the Global Compact on Migration to assist states in their efforts to implement the non-binding agreement—held its first annual meeting in Geneva. This network will provide an important venue for civil society interaction with governments, and importantly it has developed “work-streams” on key issues like detention and returns. But it remains to be seen if this new network will be able to effectively promote the human rights of migrants.

The organisation charged with coordinating the network is the International Organisation for Migration (IOM), the international community’s preeminent institution addressing global migration issues. However, it is important to remember that the IOM is not a human rights organisation; rather, it is a “non-normative organisation” related to the UN. As states across the globe dodge many of their responsibilities towards undocumented migrants, it is critical for civil society groups to remain engaged and vocal, pressing the IOM and all member states of the UN— whose very existence, after all, is premised on the international human rights framework—to advance a rights-based approach to migration management initiatives.

In both these cases—the Global Study and the Global Compact—there is a tension between the acknowledgment of the need to reform how we treat the world’s burgeoning population of people who are crossing borders in search of better futures, and a reticence to take the necessary steps to ensure that these reforms can be made. If a majority of countries refuse to contribute to our understanding of the extent of the detention of children, can we expect member states of the Global Compact to take steps “to end the practice of child detention,” as the Compact urges? And while the Compact mentions the need to uphold the existing human rights framework, many of the world’s major recipient nations have refused to join the non-binding agreement, in part because of a reticence to embrace certain migrants’ rights promoted by UN human rights bodies.

The year 2019 marked the final year of the GDP’s first Strategic Plan. In this Annual Report, we discuss in detail how our strategy has shaped our activities and led us to become more engaged with activists, practitioners, policy-makers, scholars, and—critically—detainees and their families. Looking back, it seems a remarkable journey, one that began in university classrooms but eventually led to the establishment of a prominent non-profit organisation promoting the human rights of people who are locked behind bars merely because they are undocumented or seek safe haven outside their countries.

But now is not the time to rest on our achievements. Now, in the face of this backlash against migrants and refugees, is the time to redouble our efforts. This conviction is a key motivation as we complete the GDP’s new Strategic Plan. We look forward to working in the year ahead with our many partners as well as with all those who seek to promote and defend the human rights of detained migrants, refugees, and asylum seekers.