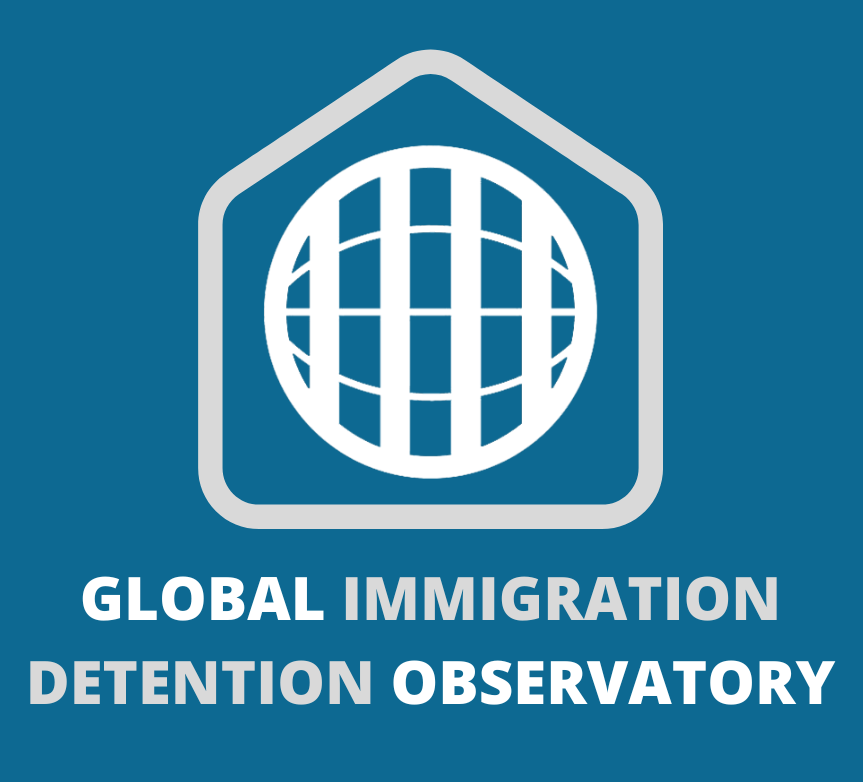 On 26-30 September, the GDP welcomed to Geneva representatives from partner NGOs based in the Gulf and South Asia – the GCC-based Migrant-Rights.org and the Migration and Asylum Project in India. Their visit was part of the GDP’s Global Immigration Detention Observatory project, a collaborative initiative between the GDP and partner organisations around the world to gather data and information on immigration detention practices and to work together to advocate for change.

During the week, representatives from Migrant-Rights.org and the Migration and Asylum Project – both of which have been working with the GDP since 2020 to develop data-driven advocacy targeting states’ treatment of immigration detainees – met with a wide array of mechanisms, including the UN Committee on Migrant Workers, UNHCR, and UPR Info, as well as the Secretariats of the Special Rapporteur on Torture, the Special Rapporteur on the Human Rights of Migrants, the Working Group on Arbitrary Detention, and the Secretariat of the UN Committee against Torture.

Meetings provided both partners with an opportunity to explore how best to conduct strategic international advocacy work and to discuss upcoming opportunities to provide input, as well as to highlight current detention concerns.

Amongst various issues addressed by the partners during these meetings were:

On 27 September, Migrant-Rights.org’s Rima Kalush joined the GDP’s Michael Flynn to address the UN Committee on Migrant Workers (CMW) during its half day of general discussion on its Draft General Comment No.6 (on the convergence between the Global Compact for Migration and the Migrant Worker Convention). Pointing to Objective 13 of the Compact, which lacks any binding standards, Kalush highlighted concerns that the Compact may undercut other binding mechanisms: “Attempts by states to soften commitments to ending child detention during the IMRF, for example, concretised one of the primary concerns of migrant rights advocates – that the Compact may undercut other binding mechanisms by essentially recasting international legal standards as optional and negotiable.”

Both partners also had the opportunity to address – and take questions from – the CMW during a subsequent meeting on 29 September. Highlighting the fact that the Migrant Worker Convention has not been ratified by many key migrant-receiving countries, including India and the six members of the GCC, the representatives argued that the committee could nevertheless play an important role in such countries by shaping the discourse on migrant rights more broadly, such as through an increased visibility in Global Compact for Migration processes. “The Committee should be involved in the development of a human rights index that can be used to assess state party reports, and ensure that the index reflects the standards laid out in the Migrant Worker Convention,” said Kalush.

Drawing the committee’s attention to the situation faced by refugees in India – MAP’s Roshni Shanker also emphasised the need for the committee to encourage ratification of the convention amongst governments in South Asia.

“Refugees are being managed through ad hoc executive policies and processes that are influenced by the political exigencies and geo-political interests,” she said. “They do not have any legal documentation, legal status, right to access essential services or long term solution for their protracted situation. This has pushed them to the margins of the society and at the mercy of the parallel economy where they routinely face exploitation and abuse. I urge the Committee to monitor the refugee crisis in South Asia and actively engage with governments in the region to sign and ratify the Migrant Workers Convention, which is currently the only comprehensive international treaty regarding the protection of migrant workers’ rights.”

About the Global Immigration Detention Observatory

The Global Immigration Detention Observatory is a collaborative initiative between the Global Detention Project and partner organisations, researchers, and human rights practitioners in every corner of the world whose central objective is to promote immigration detention reforms through rigorous research, data development, analysis, and reporting. The project seeks to ensure that local detention conditions get global attention, while helping inform initiatives at the international level with on-the-ground realities and needs.

At the heart of the Observatory is an online interactive database that serves as a consolidated tool for documenting immigration detention laws, practices, and policies in all countries using a shared, comparative framework that is based on international human rights law. The database is intended to enable advocates and researchers to develop a clear understanding of gaps in countries’ efforts to uphold their human rights commitments, assess how different detention systems compare and contrast, develop data-driven advocacy messages, promote transparency in the treatment of detained migrants and asylum seekers, and produce targeted reports for monitoring bodies operating at both the local and international levels.