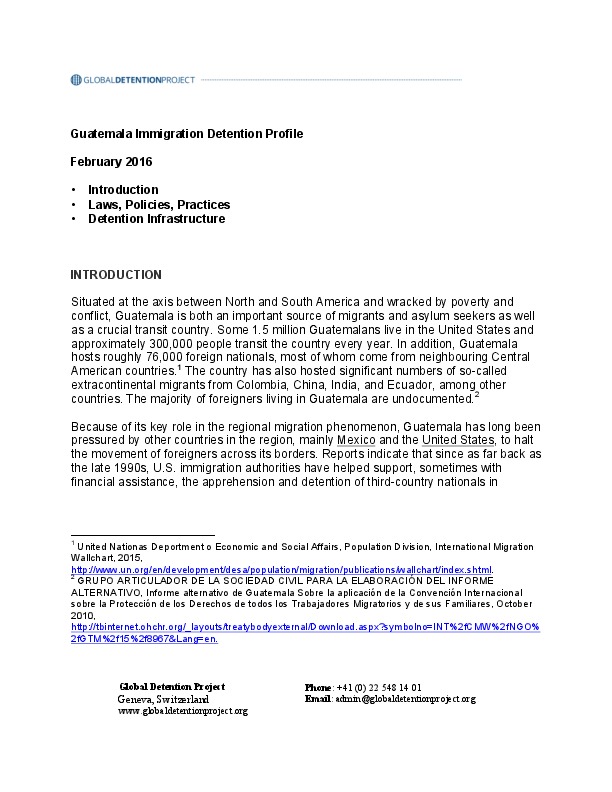 Guatemala is a source country as well as a key migrant transit state linking North and South America. It has also served as an entry point for thousands of “extracontinental” migrants and asylum seekers who hope to continue their journeys north. Mexico and the United States have long pressured the country to halt the movement of foreigners across its borders. U.S. immigration authorities have at times provided direct economic assistance for detaining foreigners. Guatemala has used a range of detention facilities for this purpose, including euphemistically named centros de albergue (“shelters”) as well as dilapidated former hotels and naval bases.