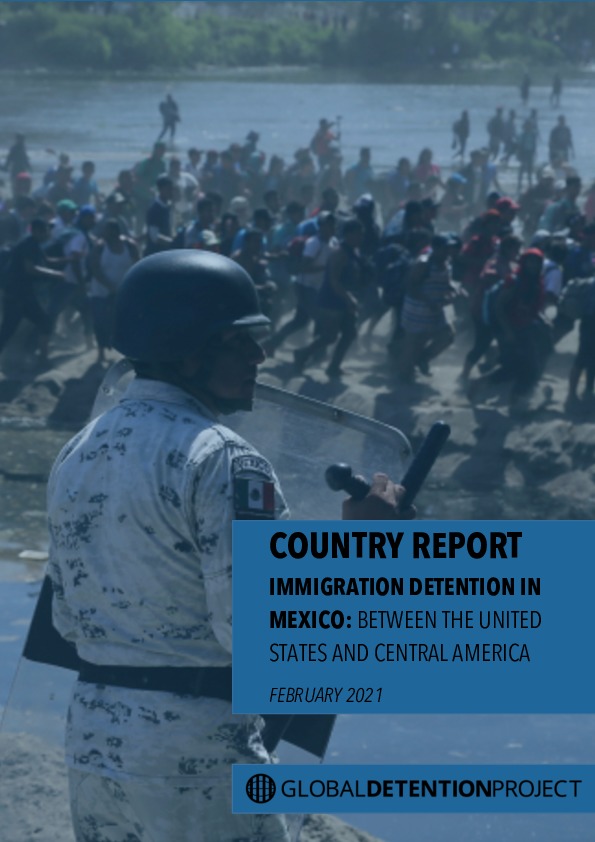 Mexico has one of the largest immigration detention systems in the world, employing several dozen detention centres—euphemistically called estaciones migratorias—and detaining tens of thousands of people every year. Intense pressure from the United States and continuing migration from turmoil-wracked Central America have helped drive up detention numbers, which surpassed 180,000 in 2019. The COVID-19 pandemic further stressed the country’s migration response. It temporarily released most detainees after the onset of the pandemic even as the United States continued deporting both Mexican and third-country nationals to Mexico. In late 2020, the country adopted reforms to its migration law prohibiting the detention of all children, though many observers expressed scepticism over whether it would be respected.

Mexico has a complex migratory situation. It is a major source country, with tens of millions of nationals living in the United States and elsewhere; an important transit state for migrants, refugees, and asylum seekers from across Latin America and other parts of the world seeking to cross Mexico en route to the United States; and a destination country for labour migrants and refugees.

Although Mexican officials sometimes espouse a humanitarian view of migrants crossing their country, including the populist government of President Lopez Obrador that took power in 2018, the country has nevertheless developed one of the world’s largest immigration detention infrastructures. As of 2020, the country counted on nearly 60 long- and short-term detention centres, which are concentrated in the south (see “3. Detention Infrastructure” below). Between 2014 and 2019, the country detained on average more than 150,000 people annually. Observers contend that since 2010, the country has shifted from being a transit country to an intercepting state.

In contrast to its wealthier neighbours to the north—Canada and the United States—Mexico does not use criminal prisons for the purposes of immigration-related detention, relying instead on a large network of specially designated detention facilities called estaciones migratorias and estancias provisionales. The 2011 Migration Law, although regarded as an important step towards improving the protection of migrants, emphasises the use of administrative detention for processing undocumented migrants and provides for indefinite detention in certain cases. Importantly, the legislation includes provisions concerning discrimination; access to education and health services; and the right to legal representation as well as interpreters and translators during immigration processes.

Observers have long expressed concerns about the treatment of child migrants in Mexico. Although Mexican officials often tout apparently progressive projects like a 2015 “alternative to detention” pilot project for children, the country has detained record numbers of children in the last five years, including 53,507 in 2019. According to the 2020 UN Global Study on Children Deprived of Liberty, during the period 2008-2019, “the Mexican Government carried out more than 232,000 detentions of children for migration-related purposes with the share of unaccompanied children varying between 47 percent (2014-2017) and 22 percent (2019).”

In late 2020, Mexico adopted several reforms to its 2011 Migration Law, which included a prohibition on placing all children in detention and shifting custody of migrant children from the migration authority—the National Migration Institute—to a family development agency. Although the move was widely applauded, including by the UN, many advocates in Mexico remained ambivalent about its practical impact, arguing that officials would continue to find ways to lock up children.

The impact of the United States on Mexico’s migration policies cannot be overstated. Most recently, the Trump administration’s hardline on migration helped spur the Mexican government to ramp up its detention efforts: 182,940 migrants were detained from January to December 2019, which was accompanied by sharp increases in deportations ( with a deportation rate of 99.8 percent that year). A bilateral agreement was signed between Mexico and the United States in June 2019 whereby Mexico vowed to reduce migration flows in exchange for the United States not imposing tariffs on Mexican products. From May to November 2019, the number of migrants detained by the United States border patrol fell by 70 percent.

Since 2018, impoverished and threatened people in Central America have developed new strategies to respond to forced displacement, including banding together in large “migrant caravans” headed to the United States. Between October 2018 and April 2019, there were a total of six “caravans,” the first of which departed from Honduras with more than 7,000 people. The most recent “caravan” departed in early January 2021, but it quickly faced fierce resistance at the Guatemalan border, where security forces violently repelled the migrants using tear gas, riots shields, and truncheons. For its part, Mexico sought to seal off its border with Guatemala in preparation for the caravan, despite repeated claims by Mexican authorities that the rights of migrants would be respected when passing through Mexican territory. Mexican NGO s have reported that the response of the Mexican security forces during previous caravans involved serious human rights violations.

Submission to the UN Committee on Migrant Workers (CMW): Mexico (2016)