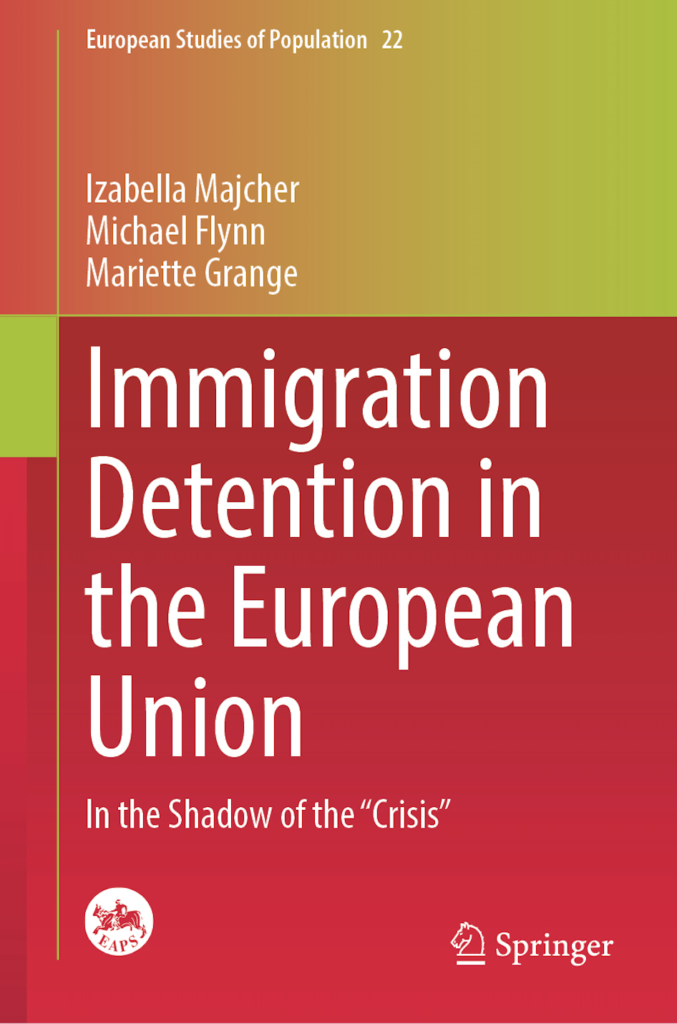 Authored by the GDP’s Izabella Majcher, Michael Flynn, and Mariette Grange, Immigration Detention in the European Union: In the Shadow of the “Crisis” offers a unique comparative assessment of the evolution of immigration detention systems in European Union member states since the onset of the “refugee crisis.” By applying an analytical framework premised on international human rights law in assessing domestic detention regimes, the book reveals the extent to which EU legislation has led to the adoption of laws and practices that may disregard fundamental rights and standards. While emphasizing policies and laws adopted in response to the “refugee crisis,” the volume also shows how these policies have evolved—and in many cases grown more restrictive—even as the “crisis” has begun to recede from the borders of many European countries. To sharpen awareness of contrasting developments across the region, the book’s country chapters are organised into geographic sections that reveal how variations in migration pressures have in some cases resulted in contrasting detention practices even as the EU directives have sought to harmonise immigration laws. A critical focus of the book are the evolving domestic norms related to grounds for detention, length of detention, non-custodial “alternatives to detention,” the treatment of children, and conditions of detention. With its systematic and comparative assessment of immigration detention regimes across the EU, the book will be helpful for both academics and practitioners who seek a comprehensive guide to the evolution of one of today’s more important human rights dilemmas—states’ efforts to control global migration.

For more information, or to order the book, click here.

Chapter 5: Ireland and the United Kingdom: Absence of Safeguards?

Chapter 9: Conclusion – Inside Out: How the EU Encouraged the Growth of Immigration Detention beyond Its Borders as it Consolidated Detention Regimes Internally