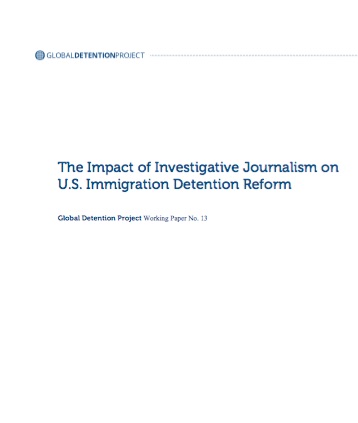 Abstract: A reporter for the New York Times who has written extensively about immigration detention policies in the United States and elsewhere assesses the limits that investigative journalism faces in spurring detention reforms. The paper argues that while journalism occupies a privileged place in a democracy because it helps hold government to account, in practice it operates at a far messier intersection between the politics of reform and the contingencies and conventions of even the most robust news operation. The author focuses her analysis on the relationship between investigative journalism and the early efforts of the Barack Obama administration to overhaul immigration detention by creating “a truly civil detention system.” Today, the U.S. detention system is larger than ever, abuses remain endemic, and the government has massively expanded its capacity to lock up mothers and children in “family residential centres.”