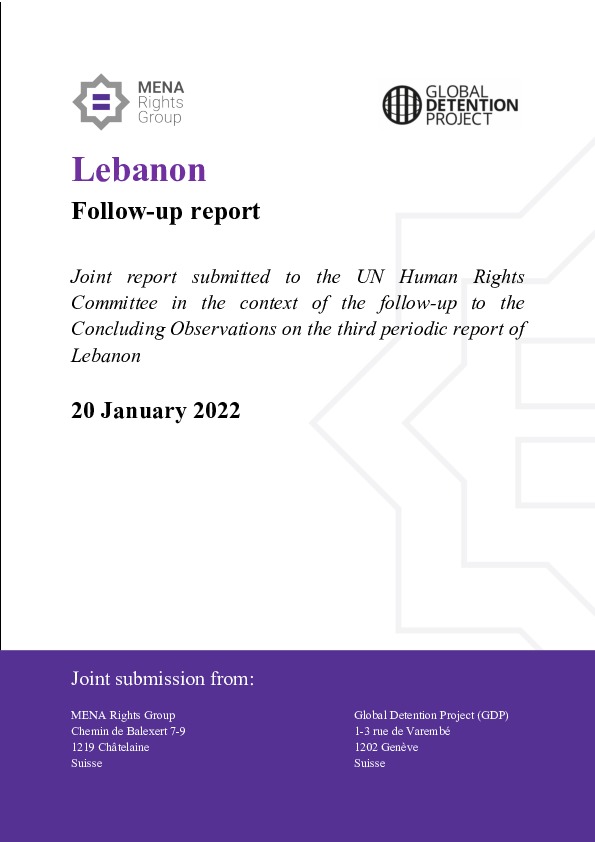 The MENA Rights Group and the Global Detention Project jointly issued a report to the Human Rights Committee as part of the committee’s follow up procedure to its third periodic report on Lebanon’s implementation of the International Covenant on Civil and Political Rights.

Recommendations provided in the joint report include: