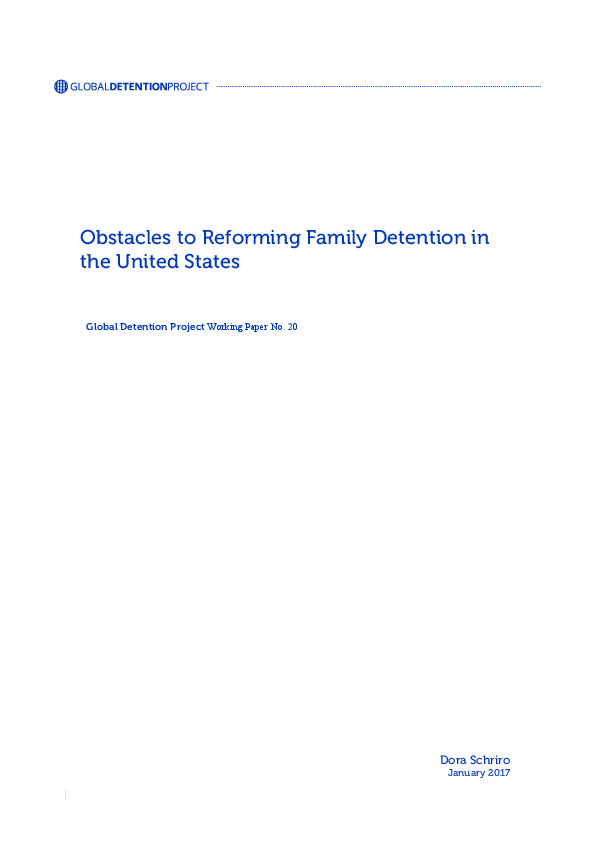 Abstract: The prospect of ending the detention of immigrant families in the United States appears more remote than ever as the new president begins implementing his immigration agenda. This paper, authored by the former director of U.S. Immigration and Customs Enforcement’s Office of Detention Policy and Planning, provides an inside look at how policymakers early in the Obama administration sought to roll back family detention and the fate of those efforts. It examines ambitious early reform proposals and subsequent challenges that spurred officials to significantly ramp up family detention. The author concludes with a series of recommendations and urges renewed calls for reforms in the face of the Trump administration’s intended immigration crackdown. Read paper.